Britain's most prestigious architecture award, the Stirling Prize, was presented over the weekend to Germany's Museum of Modern Literature. 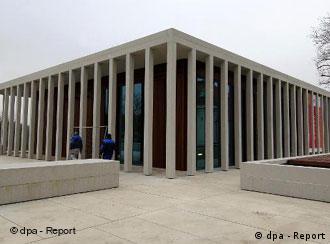 The panel of judges for the Stirling Prize called the Museum of Modern Literature, located in Marbach am Neckar in southern Germany, "a small Acropolis."

The economic efficiency of the "simultaneously rich and restrained" building, designed by Britain's David Chipperfield Architects, was particularly praised. It was completed in 2006 on a relatively small budget of 12 million euros ($17 million). 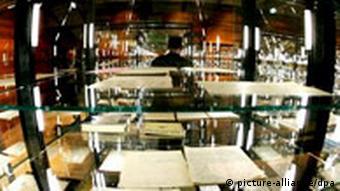 Manuscripts, letters and personal articles from 20th authors are on display

"This is a remarkably low-cost building in a high-cost country," said the panel of judges.

More than 1,300 pieces, including letters, documents and personal items from famous 20th century authors, are on exhibit at the museum. Friedrich Nietzsche's death mask and original manuscripts by Franz Kafka and Alfred Doblin are among the highlights.

Dresden's renovated train station, the Casa da Musica in Porto, Portugal, and the America's Cup building in Valencia, Spain were also in the running for this year's Stirling Prize.

No Plans to Retire as Star Architect Peter Eisenman Turns 75

A Berlin-based group of architects has been awarded a contract to design the new headquarters for the Libyan government in Tripoli. They see the project as a chance to work on a "new Libya." (15.07.2007)

British architect David Chipperfield has unveiled his revised plans for a structure intended to link all five major musuems in Berlin's Museum Island complex, but not everyone is happy. (28.06.2007)