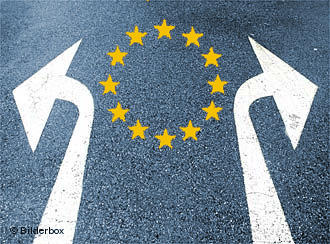 Which way now for Europe?

Germany's interior minister Wolfgang Schaeuble has called for more transparency in the European Union, following Ireland's rejection of the EU reform treaty. One of his proposals is the direct election of the European Commission president.

Wolfgang Schaeuble believes the Irish no camp's 53.4 to 46.6 percent victory in Thursday's referendum was a result of the EU's remoteness from the people. He said the bloc had to become understandable for everyone.

"People don't like some aspects of the politics in Brussels because it is not sufficiently transparent," Schaeuble told the German newspaper Welt am Sonntag.

Direct elections for the top job 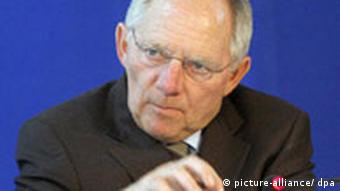 Schaeuble, who generally has more of a reputation in Germany for circumscribing rather than increasing civil rights, suggested the introduction of direct voting for the post of European Commission president, a post currently filled by Jose Manuel Barroso, would be one way of bringing the EU closer to the people. "I would be in favor of us voting one day in a European election for the President of the European President, the leading person in Europe in the future."

But the CDU politician also warned against placing too much importance on the outcome of the Irish vote on the Lisbon Treaty, designed to make decision-making in the enlarged 27-member bloc more streamlined and more democratic. "Of course we have to take the Irish referendum seriously. But a few million Irish cannot decide on behalf of 495 million Europeans," he said.

Schaeuble said that EU heads of state and government would now have to find a solution to the crisis at the summit next weekend in Brussels and stated his confidence for the future. "I am quite sure that we have a clear majority in favor of the continuation of the process of European unificiation."

The German government, along with France and the European commission, has called for the ratification process to be continued despite Ireland's no-vote. Speaking during a visit to China on Saturday, German foreign minister Frank-Walter Steinmeier (SPD) expressed his hope that "Ireland would clear the way for a while for the process of continued integration of the 26 other states." 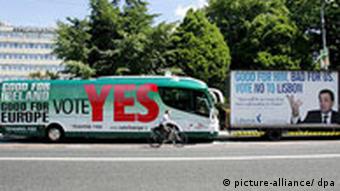 The Yes camp had initially been expected to win in Ireland

Steinmeier also expressed his personal disappointment at the outcome of Thursday's poll. Germany helped to save the Lisbon Treaty from extinction during its EU presidency last year. "We worked day and night and over the weekend to create a difficult compromise," he said.

But he also acknowledged that it was not possible to ban EU referenda in individual member states. Ireland is the only one of the 27 EU countries whose electorate was given the chance to vote on the Treaty.

The globalization critics Attac criticized the plans to decouple Ireland from the ratification process, saying it showed the EU was not concerned about the will of its citizens. 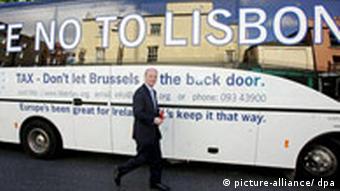 Declan Ganley is planning to spread the word in mainland Europe

Meanwhile, an Irish businessman who runs the lobby group Libertas, which was part of the rather motley Irish "no" camp, is now considering taking the anti-Lisbon message to the mainland. Without giving any further details, Declan Ganley said he would visit Europe to see if he could build some kind of "pan-European organization."

The president of the European parliament, Hans-Gert Poettering, has called for the process of EU enlargement to be temporarily stopped. The CDU politician said there should for a while be no further accessions with the exception perhaps of Croatia.

He also raised the idea of a two-speed Europe again, a concept called for by Schaeuble as early as 1994. "We need a debate about the future of Europe. The idea of a Europe of two speeds, in which a core group of members moves ahead, will play a role."

But Poettering also stressed he would prefer all EU countries "to travel down the path towards a common future together." He also called upon Ireland to come to next weekend's summit with some suggestions about how to resolve the situation.

French President Nicolas Sarkozy has called Ireland's "no" to the EU's Lisbon Treaty a call to change the way Europe was being constructed. But he has also urged other states to continue the ratification process. (14.06.2008)

After Ireland's stunning rejection of a treaty to reform EU institutions, the EU Commission president is to hold talks to figure out a next step or solution to the impasse. (14.06.2008)