The bodies of a German married couple who appeared to have died in bizarre circumstances have been discovered in Austria. Police said the crime was likely a murder-suicide. 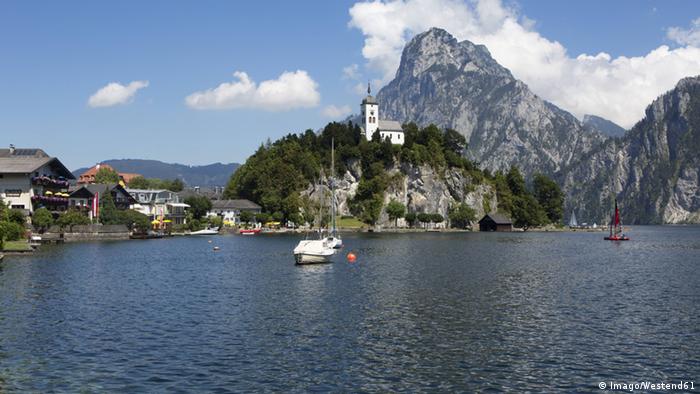 Police in the Austrian town of Gmunden have discovered the remains of an elderly German couple in a local lake, they announced on Tuesday. They appeared to be the victims of a gruesome family drama, they said.

Provincial authorities told the press that it seemed that the 72-year-old husband had strangled and dismembered his wife before encasing her head in concrete and using it as a weight to drown himself in the Traunsee lake.

Most of the body of the 71-year-old wife was found in a suitcase by locals on Sunday, and police found the rest of the victim's corpse after searching nearby with a police dog.

On Monday, a police dive was organized to search for the woman's missing head, which was then found with her drowned husband at the bottom of the lake.

The coroner said that the woman had most likely died between Christmas and New Year, and that the body of the man displayed no signs of violence - a usual indication of suicide.

A motive has yet to be established, according to police, but said they would provide further details at a press conference on Wednesday.

Austrian media reported that the couple came from the German state of Hesse, most likely the city of Frankfurt.