Germany's Central Council of Jews has condemned plans by the Israeli government to fund the recruitment of Russian Jews in Germany through its Nativ agency. 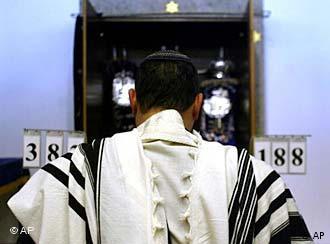 German Jews are highly critical of the Israeli government's plans

Nativ was formed in the 1950s as a separate Israeli intelligence agency whose mission was to build contacts with Jewish activists in the former Soviet Union.

Following the conclusions of a special Israeli government committee, Nativ was given the go-ahead earlier this year to expand its activities to Germany by hiring two staff members who would "confront the dangerous assimilation of former Soviet Jews in Germany" on the ground and encourage them to move to Israel.

"When you read the cabinet decision [regarding the expansion to Germany], you get the impression that German Jews would have to be evacuated," Stephen Kramer, secretary general of the Central Council of Jews, told the Tagespiegel am Sonntag newspaper. "That's a fatal signal."

The Israeli embassy in Berlin told the newspaper that two emissaries were expected to arrive "in the next couple of weeks."

Damage to the Jewish community 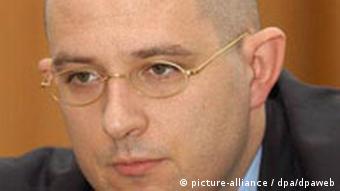 The Central Council of Jews -- the main organization representing Germany's Jewish community -- is concerned that Nativ's outreach activities would not benefit the local communities.

In a letter the council sent to Israeli Prime Minister Ehud Olmert, the council described the "Nativ plans as a sign of mistrust that offends us personally."

"Israel thinks it can take over the leadership of world Jewry," a member of the Jewish community told the newspaper. "European communities are resisting it."

"Whether somebody wants to live in Germany or Israel is a decision that each and every person has to make for themselves," Steinmeier told the Israeli newspaper Haaretz. 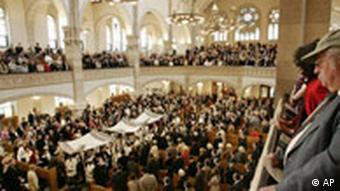 More than 200,000 Jews from the former Soviet Union live in Germany

After the demise of the Third Reich, Germany's once-flourishing Jewish community had only about 15,000 members left, down from about 600,000 before 1933. Then, in 1991, German officials created a new law allowing Jews from the former Soviet Union, known commonly as Russian Jews, to immigrate with few restrictions.

As a result, thousands of Jews who were once stuck behind the Iron Curtain took advantage of the new rules and were initially given a warm welcome.

The immigrants quickly doubled the size of Germany's Jewish community. By 1991, it numbered 30,000. By September 2006, the number of Jewish immigrants from Russia totaled 206,000.

An Amsterdam court has ordered a stay on the felling of a diseased tree beloved by Anne Frank. Frank, a Jewish girl who hid from the Nazis for more than two years, mentioned the tree several times in her famous diary. (20.11.2007)

Some 85,000 Jewish soldiers served in World War I for the German Empire. Many of them were later killed in concentration camps. A new association has been founded to honor those unsung heroes. (25.11.2007)

Should Israel be allowed to recruit Russian Jews in Germany? Please include your name and country in your reply.