German-Iranian business ties have been growing, and that's likely to continue. The two countries, nearly the same size in population, have more in common than you might think — including a shared love of engineering. 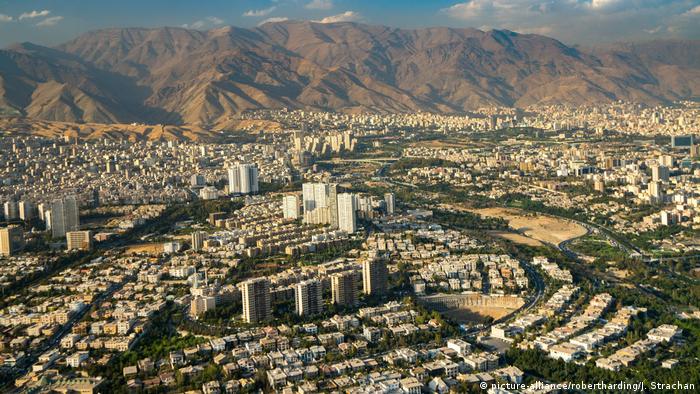 One might imagine that trade between Iran and Germany is about sending oil in one direction, and automobiles in the other. But that's incorrect, according to Michael Tockuss, head of DIHK e.V., the German-Iranian Chamber of Commerce, based in the northern German port city of Hamburg, which is home to a population of more than 30,000 expatriate Iranian-Germans.

"We [Germany] don't buy crude oil from Iran," he said. "Our refineries aren't designed to deal with the high-sulfur crude Iran produces. Only Italy and Greece have refineries that can process it, so they're the main European importers of Iranian oil."

Most Iranian crude is sold to China, India, and other Asian countries, Tockus said: "Around 60 percent of Iran's total trade revenues come from oil and gas sales. That's a lot — but the other 40 percent are important too. Iran's economy is the most industrially diversified in the region."

What Iran sells to Germany includes traditional products like Persian rugs and dried fruits. In the past, before stiff anti-Iranian economic sanctions were put in place in 1995, Iran had exported some industrial products to Europe, such as truck engines. Today, it continues to sell products such as chemicals, tools and pharmaceuticals, but only to its regional neighbors, not to Europe. 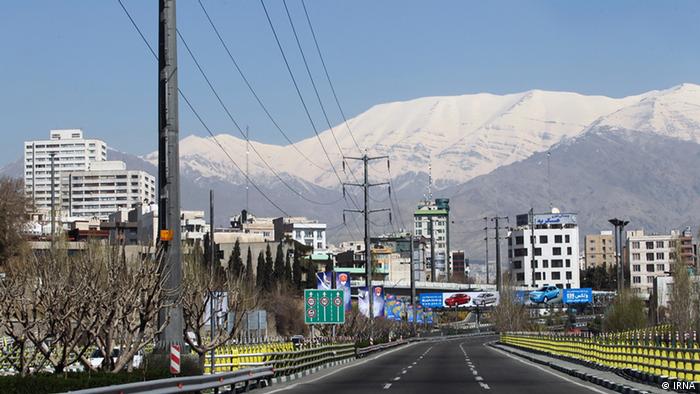 Tehran (picture at top of page, as well) is an enormous city, with a population of about 12 million

Although Iran's economy has a substantial industrial base, "the quality of its industrial products is often not quite up to the standard demanded by European markets, so they tend to sell into regional markets instead," Tockus said.

However, he thought this would change over time, as Iranians work with European partners to improve quality, adding: "After years of sanctions, Iran needs large investment in all economic sectors."

For its part, Germany sells industrial machines, chemical and electrical goods, construction machines and other high-end products to Iran. For the most recent period for which trade data are available, the nine months from January through October 2017, Germany sold 2.358 billion euros worth of goods ($2.846 billion) to Iran, and imported just $328 million worth of goods from Iran. German exports to Iran grew by more than 27 percent year-on-year from 2015 to 2016, and remain on a steep upward curve.

"Germany's trade surplus with Iran is massive," Tockus said. "But that's nothing new. The Iranians complain about it from time to time, and we try to find ways to encourage more Iranian exports into Europe and Germany, but we've been running big trade surpluses with Iran for forty years." 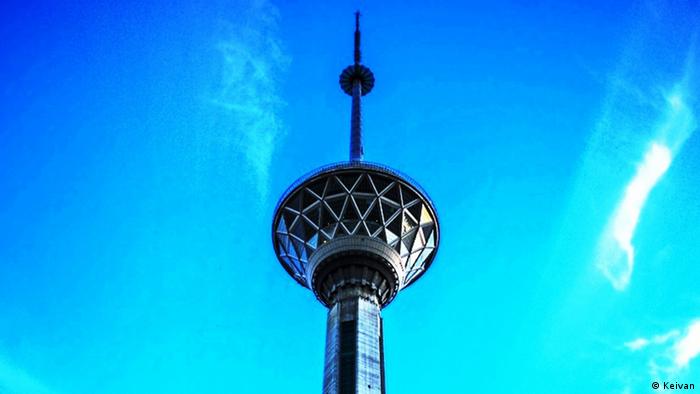 Relations between Iran and Europe have begun to normalize to some degree in the wake of JCPOA (Joint Comprehensive Plan of Action), the July 2015 deal to cap Iran's nuclear program so as to ensure it cannot develop nuclear weapons. As a result, efforts to further develop trade and investment between Iran and Germany are being stepped up.

"A key demand Iranians often make is that German firms shouldn't just export goods to Iran; they should set up production facilities," Tockus told DW. "For example, the Bavarian drywall producer Knauf has a big factory in the country." 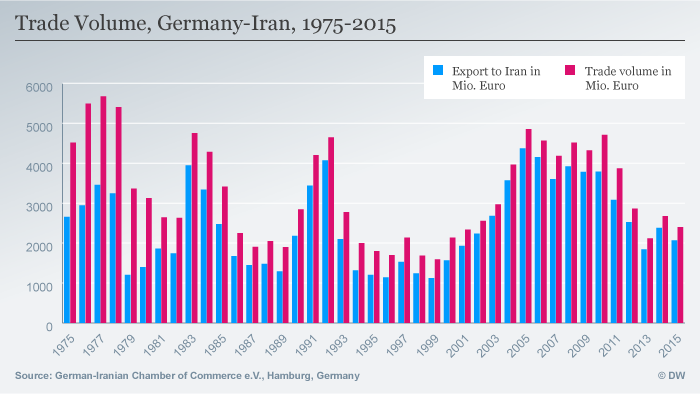 Trade between Iran and Germany has had its ups and downs. Businesses in both countries hope that the future will unfold a sustained upward trend

Sanctions? Not so relevant

In the wake of JCPOA, many European companies began to explore business opportunities with Iran after years during which the nuclear controversy had put trade and investment on ice. Among many others, Volkswagen, MAN, Linde, Audi, Daimler Benz, Munich Re and Kathrein sent delegations to Tehran.

However, in July 2017, two years after JCPOA was signed, the United States, under pressure from its Middle Eastern allies Saudi Arabia, United Arab Emirates and Israel, put in place new economic sanctions against Iran. The US State Department admitted that Iran had respected the formal terms of JCPOA, but said the new sanctions were related to the Islamic republic's non-nuclear ballistic-missile program, which the US said violated the spirit of JCPOA.

"The new US sanctions have meant that European companies have to be careful to avoid including US components or US bank transactions when they're doing business with Iran," Tockuss said. "It's still difficult for international banks and big companies to estimate their Iran country risk. But [since European sanctions were lifted] none of this has been a barrier to medium-sized German firms exporting machine tools or other products to Iran." 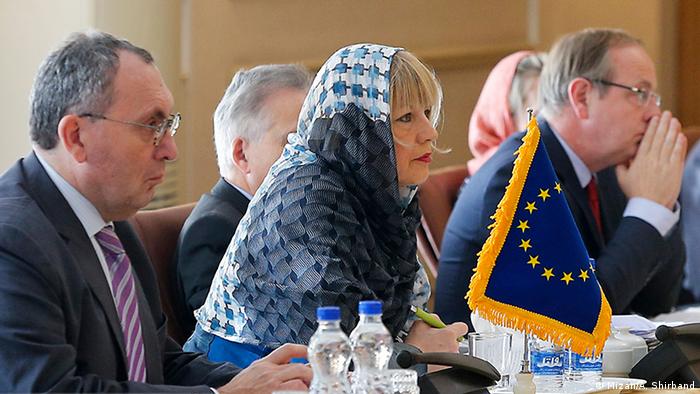 A threat of war?

The Trump Administration has taken a strident anti-Iranian tone, as have the political establishments of Israel and the Gulf Arab countries. Though Germany, like other European countries, is striving for normalization of relations with Iran, not confrontation, German companies might nevertheless be wary of investing in Iran if they believe the country is at real risk of a military conflict with the United States or its regional allies.

Tockuss said he expected rivalry between Iran and the Gulf emirates to continue to result in proxy conflicts such as those in Syria and Yemen. However, he doesn't think a direct war between Iran and the US or its regional allies is a realistic prospect: "The Iranians are a serious military power, by regional standards," he said. "War on Iran wouldn't be a matter of its enemies lobbing a few cruise missiles at key targets, and job done."

The Gulf Arab countries know that their cities — Abu Dhabi, Jiddah, Riyadh — are within the range of Iranian firepower, and so they aren't likely to take actions that would draw that fire, in Tockuss's view.

As for the current domestic unrest in Iran, it's unlikely to diminish European companies' interest in the development of business ties with a promising long-term market, even if most Europeans quietly hope their Iranian friends will find their way to stable liberal democratic governance. 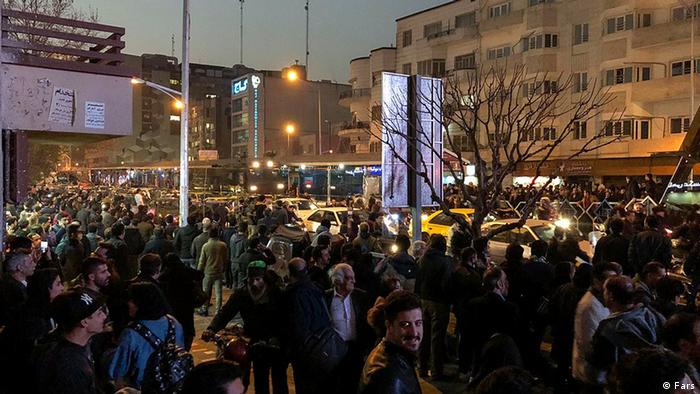 A protest in Tehran, December 2018. Protesters say they're upset about economic stagnation and corruption

Germany and Iran have a long history of friendly relations, and "Iranians have a very positive view of Germany and Germans," Tockuss said. "If you're in Tehran" [pictured at top] "and chat with Iranians, and they ask where you're from, and you say Germany, they brighten up immediately."

Iranians and Germans share an affinity for technology and engineering, he said: "When German engineers are in Iran on business and spending time with their colleagues, they can spend hours talking about technology... it's not just about money to them."

In 2015, nearly three-quarters of a million young women and men graduated from Iran's universities, more than half of them women. Nearly half of those graduates had studied engineering, computer science, maths or other hard sciences. The biggest contingent was composed of engineering students, who made up 32.4 percent of all graduates. That's not so different from Germany, where the largest contingent of university graduates in 2015 was likewise engineers.

To illustrate how widely shared Iranians' sense of the historical connection between Iran and Germany is, Tockuss told a story of a recent afternoon taxi ride in Tehran. When the driver learned he was from Germany, the man grew animated and pointed out several landmarks including the main train station and Ministry of Finance building that had been built by German engineers and companies. 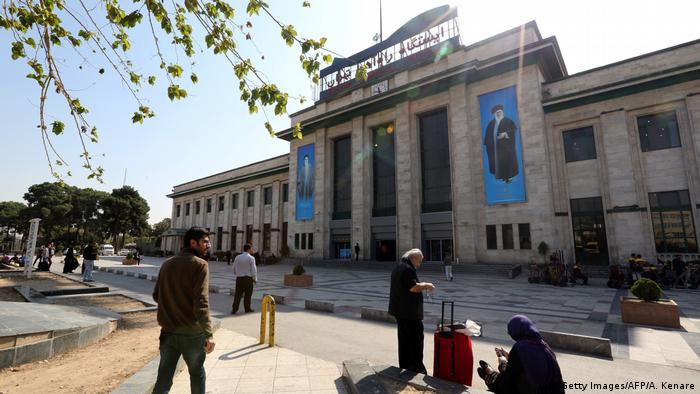 In terms of architectural style, the main train station in Tehran wouldn't look out of place in Germany. That's because it was built by Frankfurt-based Philipp Holzmann AG in the 1930s. It was the first steel-reinforced concrete building in Iran

Germans, for their part, are aware that Iran is an ancient, proud and sophisticated culture, with some five thousand years of history as a powerful state. And German corporations recognize that Iran is a middle-income country with an estimated 81.4 million citizens — very nearly the same size as Germany's population of 82.5 million people. That's a significant market.

What could Germany do to further improve business ties?

"One thing Germany could do to help develop trade with Iran is to improve business visa procedures," Tockuss said. "Right now, if a businessperson from Iran wants to come to Germany to explore cooperations, it often takes four months or more just to get a visa. That's really dysfunctional."