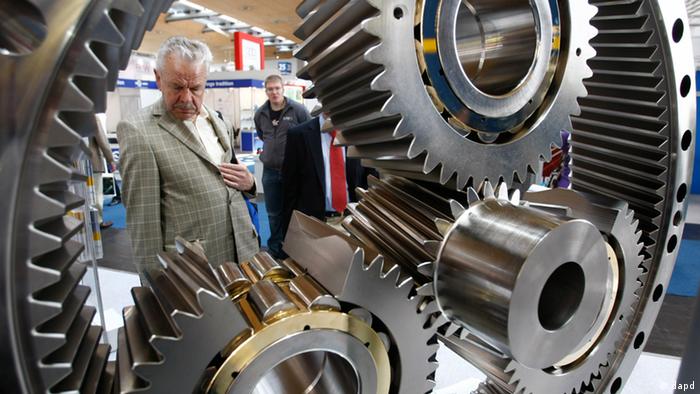 The Federal Statistics Office, Destatis said on Friday that production rose by 1.9 percent in July compared with June, the biggest gain since March 2012. Destatis also revised up slightly the previous month's increase.

It said that the rise in July was driven by all sectors apart from energy. Machine and machine tools manufacturers contributed the lion's share of the surge in production, the building sector also boosted output substantially.

On Thursday, figures showed that factory orders also rebounded in July, growing at their fastest pace in more than a year. Second-quarter gross domestic product (GDP), meanwhile, fell by 0.2 percent compared with the previous quarter.

"The summer holidays started quite late this year, so that boosted the July data. August is likely to be different…but in the third quarter, we should see solid growth."

Other economists point out that the geopolitical tensions between Ukraine and Russia should not be underestimated, but that "the latest data show that the decline in GDP in the second quarter was just a blip and not the start of a slowdown," Carsten Brzeski from ING told Reuters.

Andreas Rees, chief German economist with Italy's UniCredit Bank agrees. "A rebound in the German economy is in the pipeline," he told the DPA news agency.

German unemployment grew by a small amount in August, as the conflicts in Ukraine and the Middle East weighed on economic performance. But Germany's Labor Agency remains ''moderately positive' about the future. (28.08.2014)