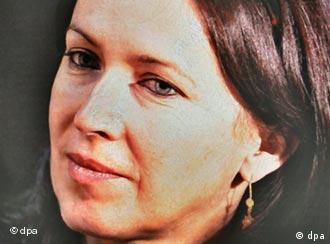 Osthoff has lived in Iraq for 10 years

Frank-Walter Steinmeier confirmed in an evening press conference that Susanne Osthoff had been freed. Since Sunday she had been in safety at the German embassy in Baghdad, and she was in good health, he said.

The kidnappers had said they would also release her driver, he added. German news service DPA said Monday that the driver had been released, citing a foreign ministry spokesman.

Steinmeier said that in the name of the German government, he wished to thank everyone who had contributed to Osthoff's release. He took the opportunity to point out that hostages are still being held by kidnappers in Iraq.

Osthoff "not maltreated" during 24-day ordeal

Steinmeier did not disclose the identity of the kidnappers, with whom German officials had reportedly established contact last week, but said that the hostage had apparently not been maltreated during her 24-day ordeal. 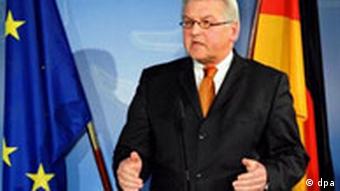 Steinmeier in Berlin on Sunday

"She is in the safe care of the German embassy in Baghdad," he said. "I my first conversation with her I've learned that she is also in good health."

The foreign minister refused to respond to further questions about Osthoff's release. "Not tonight," he told journalists.

Previously, her brother, Robert Osthoff had announced her release in an interview with German news channel n-tv. Osthoff's family had been informed earlier by Germany's Criminal Police Office.

"My sister is safe and free again and we feel relieved of a great burden," he said. "It has been almost unbearable to have to live through such a terrible time."

Osthoff, 43, a convert to Islam who has lived in Iraq for 10 years, was seized along with her driver on Nov. 25 in the Nineveh region of north-western Iraq. A video released by her kidnappers to German television purportedly showed her and the driver blindfolded and surrounded by armed men. They threatened to kill her unless Germany stopped training Iraqi police.

It was also announced on Monday that Shalid al-Shimani, Susanne Osthoff's driver, was no longer in the hands of his kidnappers, according to reports attributed to German diplomats.

Details concerning the release of both Osthoff and al-Shimani have not yet been made public, nor is it known whether any ransom was paid.

However, while relief floods through Germany at the news of Osthoff's safe release, questions have already begun to arise over how her release was secured.

Chancellor Angela Merkel said at the start of the crisis that the German government would not be "blackmailed" by the kidnappers, but did not give a clear answer when asked if Germany would be prepared to pay a ransom.

Security experts say Germany has paid ransoms for hostages in the past and would probably do so for Osthoff.

Questions likely over whether ransom was paid 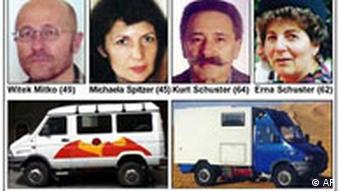 In 2003, a group of European tourists including nine Germans were held in Algeria by the Islamic militant Group for Preaching and Combat (GSPC), an organization allegedly affiliated to al Qaeda.

It was alleged that the German government paid a ransom to free the hostages, a claim that gained strength when the Foreign Office asked the German contingent to contribute some 2,300 euros ($2,680) each to the cost of their rescue -- an operation believed to have cost around 20 million euros ($23 million). There was no official confirmation or denial that any of those costs came from paying a ransom.

German Chancellor Angela Merkel issued a joint appeal with other leading figures Sunday for the release of a German archaeologist abducted in Iraq as the reported deadline for meeting the kidnappers' demands passed. (Dec. 4, 2005)

Susanne Osthoff, the German who has been abducted in Iraq, has devoted her life to researching Iraq's cultural heritage and criticized the US for not preventing the destruction of its archeological sites during the war. (Nov. 30, 2005)

Iraqi Interior Minister Bayan Baqer Sulagh has criticized the training of Iraqi police recruits by German experts in the United Arab Emirates and said they would no longer participate in the program. (Dec. 8, 2005)