A German PhD student was mauled and bitten by a female bear while hiking in the Romanian mountains. He managed to drive the animal away after his girlfriend told him to "punch it in the eye." 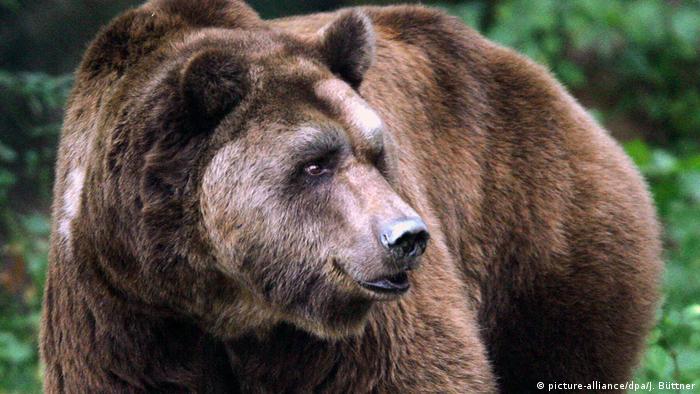 A 26-year-old German hiker encountered a bear and two cubs during a visit to Carpathian mountains and was then forced to fight for his life when the animal attacked him, multiple media outlets in English and German reported.

Berlin resident and doctoral student Andi Bauer was on a five-day hiking trip in Romania with his British girlfriend Lara Booth. While the Carpathian mountains are the home for several thousands of brown bears, Bauer said he did not notice the animal until he was standing a step away from her and the cubs.

"I had my side turned away from [the bear], so when I saw it bounding towards me I just didn't have time to think about what to do," he told UK-based South West News Service.

"It bit my leg, held on to it, and dragged me and threw me about. I was crying out for help, but there wasn't anything that anyone could do," he added.

'Punch it in the eye'

At the moment of the attack, Bauer's 23-year-old girlfriend Lara Booth was walking about 6 meters (20 feet) behind him.

"I was frozen with fear when we first saw the bears," Booth said. "I was screaming at Andi the whole time."

"Then I remembered that you're supposed to punch a bear in the eye, so I yelled that and the bear turned around and left him. Andi's so lucky to be alive," she added.

The German hiker said he was in the state of shock so he did not remember the pain.

"The bear let go of me after Lara told me to punch it in the face. I hit it. It then went away. I suppose I'm lucky I got through it," he was quoted by the British mass-circulation paper Mirror as saying. "But I'd have been luckier not being attacked."

Booth admitted that the couple had ignored a warning from a local resident to forgo the mountain trek.

"I'd read up about bears and panthers, but [Andi] had persuaded me not to bring a bear spray because he thought it'd be more likely that it would explode," she said.

In the end, the bear's jaws took a chunk from Bauer's right calf and broke the bone in three places. Booth said she used a pair of socks to bandage the wound and, after searching for signal on her cellphone, managed to contact emergency services and ask for help.

Bauer was airlifted to a Romanian hospital on a medical helicopter and later transferred to Germany, where he is still receiving treatment.