Germany's government says its offices have not fallen prey to hackers. The malware Regin, which has been linked to US and British spy agencies, was allegedly found on a USB stick belonging to an aide of Angela Merkel. 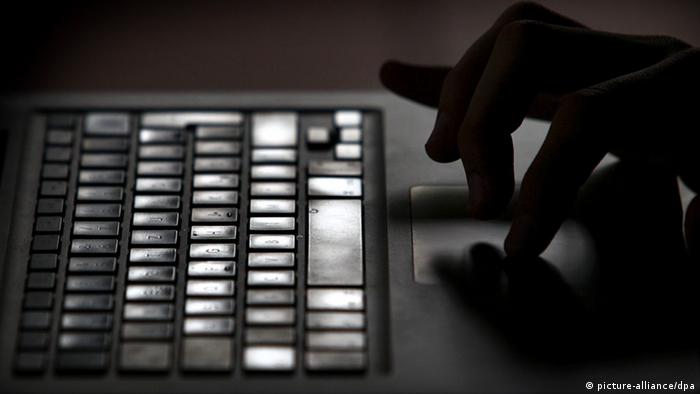 According to a report in Monday's edition of German newspaper Bild, the complex spying malware arrived via a USB stick to the work computer of the unit head in the Department for European Policy - who works in close contact with Chancellor Angela Merkel - where it was picked up by virus scanning software.

Speaking to reporters in Berlin on Monday, a German government spokeswoman would not confirm Bild's report.

"Such a pattern of attack has explicitly not occurred," the government spokeswoman Christiane Wirtz said on Monday in Berlin, adding that the IT systems of the Federal Chancellery were not infected. "That is, in this context, the most important statement."

The parliamentary committee which monitors intelligence services had been informed, she said, giving few details of what precisely that process involved.

According to Bild, the staff member had drafted a speech on her work computer, which she then took home on a USB stick to work on using her private laptop. She later saved the document again on the private USB stick and brought it back into the office, to use on her work laptop.

A virus alert went off and it was detected that the USB stick was infected with the spying malware Regin. Checks of all high-security laptops in the Federal Chancellery revealed no additional infections.

Wirtz said there was no danger resulting from the malware infection, and no reason for the Chancellery to fundamentally re-think its computer security systems.

The world was warned of the highly sophisticated spying software Regin by computer security company Symantec in November. According to them, Regin can make screenshots, control the mouse cursor, steal passwords, monitor data traffic and restore deleted data.

According to the website "The Intercept," which was co-created by Edward Snowden confidant Glenn Greenwald, Regin was deployed to steal information from governments, companies and research institutions. According to "The Intercept" the British spy agency GCHQ and the United States spy agency NSA were involved in the development of the sophisticated spying software.

The hybrid war that began before Russia invaded Ukraine 25.02.2022