Germany has repeatedly experienced massive flooding over the past decades. What were the political consequences and why are there still problems with flood control? 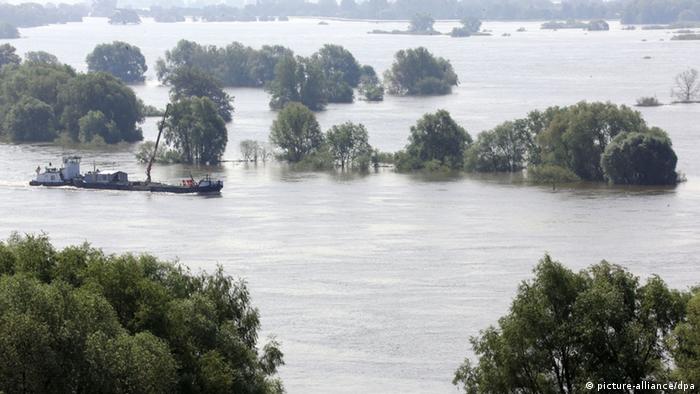 The clean-up has begun along the upper reaches of the Elbe River near Dresden. At the same time, further down river, beyond Wittenberge in Brandenburg, people are still waiting for the floods to reach their peak, hoping it will not be quite as bad as in 2002, and that the levees reinforced after that major flood will hold.

Though you can't regulate natural disasters, points out Jürgen Stamm, professor of hydraulic engineering at the Technical University in Dresden, you can control the impact - with money, with political will and with determination. 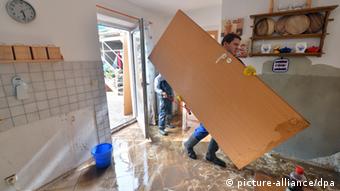 In Saxony, the clean-up has begun

Stamm knows all about the measures taken since the last devastating flood. "In Saxony after 2002, authorities developed 47 flood protection concepts with more than 1,000 individual measures," he says. "Levees were reinforced, some were moved back to give the river space for when the big wave comes. Bridges were remodelled to prevent the river from swelling underneath and reservoirs were built." The state has invested 1.3 billion euros ($1.7 billion) in flood protection, yet the town of Grimma was flooded again, the river spilled into Dresden's historic center, and 23,000 people had to be evacuated in Magdeburg in the state of Saxony-Anhalt.

Stamm says he does not mean to play down the efforts and measures taken over the past 11 years. On the contrary, he says, "the fact that Magdeburg has got so much water is due to the successful measures in Saxony." With the help of higher levees, flood walls and sand bags, emergency crews in Dresden managed to keep the water largely in the river this time, he explains - which is the reason why the river could not be contained in Magdeburg.

It's the state governments which are responsible for flood control, and while they coordinate to a certain degree, they do not have any kind of joint flood prevention. Take the Elbe River at Wittenberge, says Winfried Lücking, flood expert at Friends of the Earth Germany (BUND). "East of the river, in Brandenburg state, the dykes are 80 centimeters higher than west of the river, in Saxony-Anhalt - you can imagine where the water goes," he said. 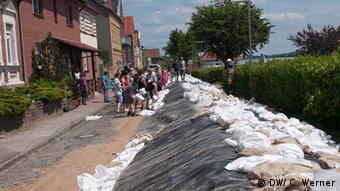 Even though the peak has passed Wittenberge, the water could still break through the dykes

Lücking says it's high time the federal government took the lead in flood control to "balance the errors of the states," adding that it's their short-term focus on erecting dykes which is the main problem. Instead of confining rivers even further, levees should be moved back and space made for more flood plains: in cities and villages people must stop concreting over the ground and farmers must take up more natural cultivation. "The land's sponge-like qualities must be restored."

Costs are not the main problem

Stamm agrees that the fragmented jurisdiction is a major problem, and also that polders and flood plains could absorb much of the destructive power of an overflowing river. But he believes the states will hold on to their jurisdiction, which is guaranteed in the German constitution.

Regional egotism often prevents the creation of polder areas, he explains, since they use up farmland and increase the threat of damp cellars - while only benefitting people living further downriver. Why should a state government expect its citizens to put up with disadvantages which only benefit the neighboring state? That leads to long discussions, often with no decisions at the end of them.

But Stamm doesn't just blame the politicians: however dramatic the situation is now on the Elbe, "people usually forget the flooding quickly, and, a few years later, they are less prepared to accept measures to prevent it." 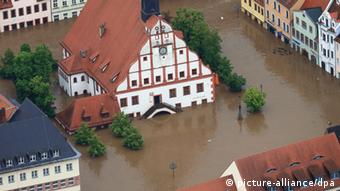 Dykes spoil the view, walls damage the landscape, polders lead to damp cellars - contrary to the received wisdom, says Stamm, it's not the cost which is the main problem, but the willingness of people to live with the disadvantages of flood-prevention measures, which quickly diminishes after the flooding is over.

The catastrophe in Grimma, one of the worst-affected towns in Saxony, might not have been so bad if the flood prevention measures agreed after 2002 had been fully implemented. A citizens' initiative prevented that from happening.

The same happened in Radebeul, where residents have been arguing about a dyke for years. Stamm admits that, while the dyke would be useful, it certainly wouldn't be pretty: "Some people want the protection; the others think the next 'Flood of the Century' won't come for another hundred years."

In Focus: Germany fights back floods

Slow-moving Elbe floodwaters are still moving north. As residents there prepare for the worst, southern German towns are starting to clean up. DW looks at Germany's second "flood of the century" in just over a decade. (11.06.2013)

Floods in Saxony have begun to subside, but only to show the extent of the damage done by the swollen rivers. Costs are estimated to be in the billions of euros and many people have lost their livelihoods. (12.06.2013)

Germans and Czechs team up to counter floods