"Sweet Poison" is a German documentary that looks at three development aid projects in Africa that went badly wrong. The film's director proposes a drastic remedy. 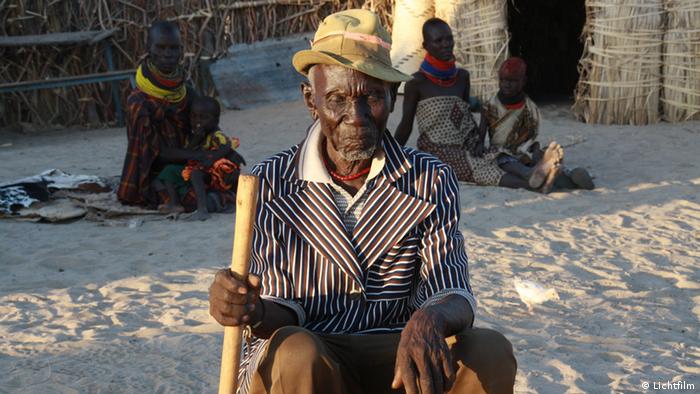 This film is likely to vex many people in Germany. Sweet Poison (original title: Süsses Gift) takes aim at western government-funded development aid. It doesn't do this in a sweeping, frontal attack on the abuses or excesses of development aid but rather by letting people in developing countries tell their own stories.

This has quite a different impact and achieves a higher level of credibility Peter Heller has been making documentaries for 40 years. He has made 30 films in Africa alone, about topics such as colonialism and the continent's social problems. Heller doesn't forget his home country when making such films. Exploring Germany's ties with Africa is also part of his work.

Heller went with his camera to Kenya, Tanzania and Mali for his latest film and was also able to draw on material from his own archives. Sweet Poison seeks to put development aid in a proper historical perspective. Heller's motive for tackling this subject was that half a century has passed since many African countries became independent. Speaking at the film's premiere in Hamburg, he said "I was always disturbed by the dependence and lethargy into which people were lured by development aid." 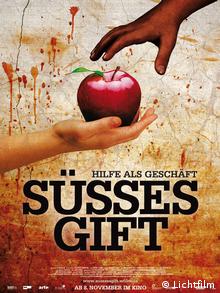 Heller is careful to draw distinctions. He has no objections to emergency aid after an environmental disaster, but feels obliged to note nonetheless that this can be a "lucrative business" for many firms in the European Union, the United States and Canada. However, his chief target is the long-term aid supplied by western nations and in his film he presents three examples of muddled thinking and failure.

Heller encountered one case of development aid gone wrong on Lake Turkana in the north of Kenya. Years ago, Norwegian organisations tried to help the local habitants, the Turkana, who were suffering drought, by resettling them. The semi-nomadic pastoralists were moved from the arid hinterland to the lake where they were trained how to fish.

The Norwegians poured a lot of money into the project and built an enormous hi-tech fish-processing facility. "The Norwegians meant well," Heller says. "They wanted to give the Turkana access to world markets long before globalization." But it all went very wrong.

The ultra-modern fish factory was far too big and not suited to local requirements. There wasn't sufficient electricity for the huge refrigerating plant for storing the fish. After six weeks, the plant closed down. The Norwegian development aid workers also made another mistake. They underestimated the durability of local customs and failed to understand the mentality of the Turkana. For as soon as the Turkana men and women had earned enough from catching fish, they invested their money in livestock so they could resume their nomadic life. The Norwegians left after three years.

These days the Turkana are dependent on aid from the West and the film demonstrates this forcefully. "When are the white Norwegians coming back and bringing me progress?" one elderly pastoralist asks. The fish factory, now a monstrosity of a ruin, is being used for storing dry fish. Only recently have investors started to show renewed interest in the site.

Peter Heller found a second example in Mali. Decades ago, German firms erected a huge dam so that local farmers would have enough water for crops. This project was well meant, but it, too, went wrong. 34 villages were flooded and the local inhabitants had to be resettled in a less fertile area. The project was expected to take 10 to 15 years, but was cancelled after three years. In Germany, there had been a change of government and the new administration had a different set of priorities. Today most of the men have left the region and gone to Europe. Left behind, the women and children go hungry.

Sweet Poison also tells the story of a cotton plantation in Tanzania in the 1970s as another example of development aid gone awry. 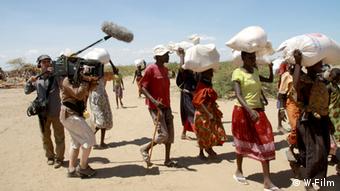 Heller was on the spot right at the very beginning. This was intended to be a model project with German tractors, complete with spray pumps for chemicals. It was called a "green revolution," though the term did not mean then what it means now. Environmental protection was not an issue in those days. "We were told to hold two layers of handkerchief to our noses while the Africans sprayed the poisonous stuff," Heller recalls. The decline in the plantation's fortunes began as early as the 1980s. By the 1990s, the steep drop in global cotton prices had put the plantation out of business. Yet the original idea had been to produce cotton for the world market on a large scale. It was a mistake.

The film largely consists of the opinions and experiences of Africans who were at the receiving end of development aid. Peter Heller does not actually say in the film that western government-funded development aid should be stopped. However, he did say this in an interview with DW. He listed various reasons. Development aid is, in the first instance, big business for western companies. Much money is involved. Many large scale development projects are not tailored to fit local conditions or requirements.

Investment, though, is needed in agriculture. Food needs to be grown and sold locally, not imported exclusively from western countries. Heller also says the numerous, small, NGOs should be given support. They have accumulated practical experience on the ground.

Why have an estimated $600 billion (463 billion euros) not produced visible progress in Africa's development? African development aid workers, intellectuals, political activists and entrepreneurs all try to answer this in the film. "Development aid spreads a sort of lethargy," says one African journalist. International aid is damaging and very dangerous. It ruins motivation. Foreign aid does not encourage you to help yourself. As one African cotton exporter said "50 years after independence, the time has come for African states to shoulder responsibility themselves rather waiting for outside help."

After being screened at the Hamburg film festival, Sweet Poison has its African premiere in Rwanda on October 25.

The UN warns that the economic crisis could hamper implementation of the Millennium Development Goals. Global development aid has decreased by three percent, although there have been advances in fighting poverty. (22.09.2012)

Natural disasters and war generate the need for quick and uncomplicated aid, but people's willingness to donate depends heavily on media coverage. That can leave aid workers with some unpopular issues to deal with. (19.08.2012)