German ophthalmologists say that ever-brighter headlights for cars pose a growing problem, particularly with more older motorists on the roads. But cyclists and pedestrians are also affected. 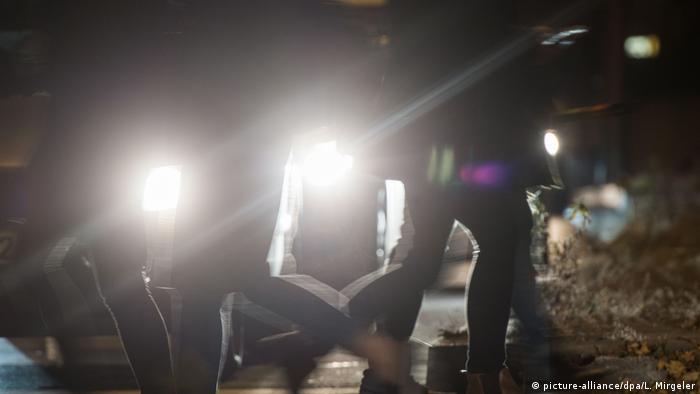 Modern bright headlights are posing an increasing risk to other vehicle drivers, cyclists and pedestrians, who can easily be temporarily blinded for up to two seconds, German eye doctors say.

"A high-performance headlight endangers road users, because they can't see any more," Professor Bernhard Lachenmayer, spokesman for the traffic commission of two major German ophthalmological associations, told the DPA news agency. "That makes for problems; there is no question of that."

Lachenmayr said that even though eyes were not necessarily damaged by glare from headlights, oncoming motorists were often unable to see for some time. In the case of 30- to 40-year-olds, this glare blindness lasted just a fraction of a second, but 60- to 70-year-olds could be left without vision for up to two seconds, he said.

He warned that the problem was increasing as the number of older motorists on the roads in Germany grew. 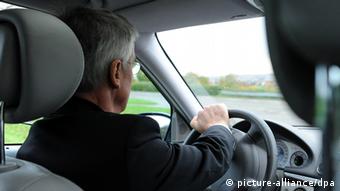 The average age of motorists in Germany is rising

"We have more and more active older road users. From the age of 50, they have growing problems with twilight vision," he warned. "So on the one hand, we have extremely bright lights, and on the other a lot of drivers who have problems seeing under twilight conditions."

Lachenmayr said that the degree of glare depended on two factors, the first being the so-called "light density." Modern headlights have a light density of much higher than 1,000 candelas per square meter; for comparison, a compact fluorescent light bulb has an intensity of around 135 candelas.

The other factor, according to Lachenmayr, was the size of the light source within the headlights. "The smaller the light source, the higher the glare effect," he warned.

"These two things add together," he said. "The other road users are the ones to suffer."

Lachenmayr welcomed efforts by car manufacturers to reduce glare when headlights are on high beam, particularly by means of "intelligent headlights" that adjust automatically when oncoming traffic is detected.

However, such systems are so far only used for main beam and thus do not work in cities, where dipped beam is mostly used.

Light pollution from bustling cities infuriates astronomers. And in heavily industrialized Germany, a good dark corner can be hard to find. Astronomers have found the darkest one - if only they can protect it. (16.09.2013)