German Car Industry Struggles With Question of Part-Time Labor | Germany | News and in-depth reporting from Berlin and beyond | DW | 18.02.2009

Amidst the gloom of GM and Chrysler announcing mass lay-offs, there was rare good news from Ford Germany. The firm says it no longer needs to reduce workers' hours. But not every company is in Ford's position. 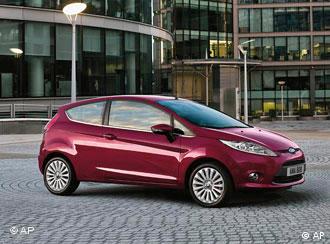 Ford Germany announced late on Tuesday, Feb. 17, that it was cancelling -- at least until this summer -- plans to put some of the employees at its plant in Cologne on a part-time basis.

Ford said that demand for the company's cars had risen to the point that it would need to keep assembly lines running at full capacity.

The company attributed the increased demand to the premium of 2,500 euros ($3,140) offered by the German government for consumers to scrap older cars and buy new ones.

With customers increasingly interested in smaller, economy cars, Ford models like the Fiesta, the Ka and the Fusion have been selling well. The company said that 10,000 orders for those models had been placed in the second half of January -- a 400 percent rise compared with the same period last year.

The figures, Ford said, were similar in France and Italy. But the company said it did not know whether reductions in working hours for employees at its plant in Saarlouis in southwestern Germany would also be cancelled.

Better half a job than none 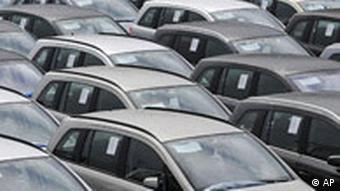 But the crisis is battering most automakers and car-parts producers

Many workers see going part time as the preferable option to perhaps losing one's job entirely. And unlike Ford, many companies in the German automotive industry aren't in a position any more to do without this option.

The eastern German automotive-parts company Autoliv, for example, has been forced to put some 80 percent of its workforce on part time.

Autolive manufactures parts like seat belts. Due to the global economic slowdown, the company says it could not survive without reducing workers' hours.

"From November to the begging of February alone, our plant's business fell by 34 percent," factory director Silvia Tagge told DW-Radio. "All our products have been affected, not just one or two. We had to have a response commensurate to our loss in business."

"Around 50 percent of our working hours have been made part-time," Autoliv seamstress Uto Kobold told Deutsche Welle. "It's a reduction in wages. There are lots of single people with kids working for us -- they really have to stretch to make ends meet."

But many workers are just glad that they've been spared the fate of redundancy.

"Your first thought was: 'Oh God, part-time! What will be next?'" Autoliv employee Ilka Rietschel told Deutsche Welle. "But they employees didn't lose all hope because there's always a recovery after every crisis. It's a question of when it's coming, but you have to stay optimistic."

To save on costs, Autoliv plans to shut down production entirely for a week at the end of February. The German automotive industry may be likely to bounce back at some point, but for most companies at present, concrete signs of a recovery are difficult to see.

Next month's Geneva Motor Show is expected to be a little more upbeat than the gloomy Detroit event in January, where manufacturers displayed their cars on poorly-lit stands or stayed away altogether. (14.02.2009)

The German government has turned down demands from the auto industry to extend beyond this year a controversial 2,500 euro premium paid to drivers who scrap their old cars and buy new or one-year-old vehicles. (12.02.2009)

Owing to the financial crisis, car sales in Germany were down drastically in January compared with the same month in 2008. But amidst all the dark clouds on the horizons, automakers did see one silver lining. (04.02.2009)