The government has appointed a terrorism expert to head the country’s domestic intelligence body. Investigating agencies are under intense scrutiny and have lost three leading figures this month after an apparent lapse. 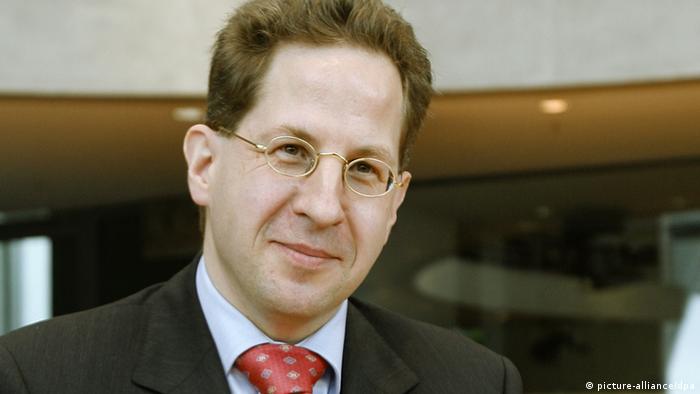 The German Cabinet selected a new president for its domestic intelligence agency on Wednesday. The announcement came after several turbulent weeks for the agency that has resulted in three of its top officials stepping down amid a scandal connected to a series of far-right murders.

Hans-Georg Maassen, 49, has worked in various roles within the interior ministry since 1991. As of August 2008, he has headed the ministry's sub-department specializing in counter-terrorism.

Maassen will take over the federal division of the domestic intelligence agency, known as the "Verfassungschutz" in German, starting August 1.

That's when his predecessor, Heinz Fromm, will officially leave his post. Fromm announced his retirement earlier this month shortly after parliament launched an investigation into the agency's handling of a prominent set of neo-Nazi murders.

Germany's domestic intelligence agency came under severe parliamentary scrutiny at the beginning of July. The investigation sought to establish whether agency employees had failed to identify a neo-Nazi terrorist group due to misconduct or incompetence.

The group, calling themselves the National Socialist Underground (NSU), killed nine immigrants living in Germany and a policewoman between 2000 and 2007. They were discovered almost by chance last November, after a botched robbery led German police to one of their hideouts.

Public and political bewilderment grew as the domestic intelligence revealed it had been infiltrating the far-right scene for years, yet had not known about the NSU.

The domestic intelligence agencies came under further scrutiny when it emerged that files on neo-Nazi investigations had been destroyed, some within a week of the NSU being uncovered. Subsequent allegations of a potential cover-up prompted the parliamentary probe.

Three top intelligence officials resigned from the federalized group within two weeks. First Fromm quit his post as president of the national body, he was followed by the presidents of the domestic intelligence agencies for the eastern states of Thuringia, and then Saxony.