The German government has thrown its weight behind an ambitious three-year draft budget. The country aims to do without any fresh borrowing in 2015 for the first time in decades. 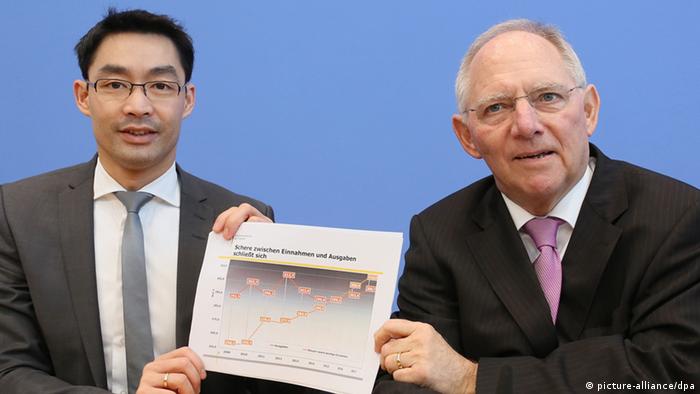 According to figures presented by Finance Minister Wolfgang Schäuble and Economics Minister Philipp Rösler in Berlin, net fresh borrowing would dip to 6.4 billion euros ($8.3 billion) in 2014, down from 17.1 billion euros in the current year.

They said that from 2015 Germany would take on no new debt and a budget surplus of 5 billion euros would be secured in 2016. If implemented, the figures would mean the lowest borrowing in about four decades.

"With all modesty, this is a result of historic proportion," Rösler told reporters in Berlin. "The lesson from the sovereign debt crisis is that solid finances are essential."

Finance Minister Wolfgang Schäuble used the occasion to once again brush aside accusations from fellow eurozone countries that Germany had been insisting on too much austerity in Southern Europe. He argued the Germany example was proof there was no contradiction between budget consolidation and growth.