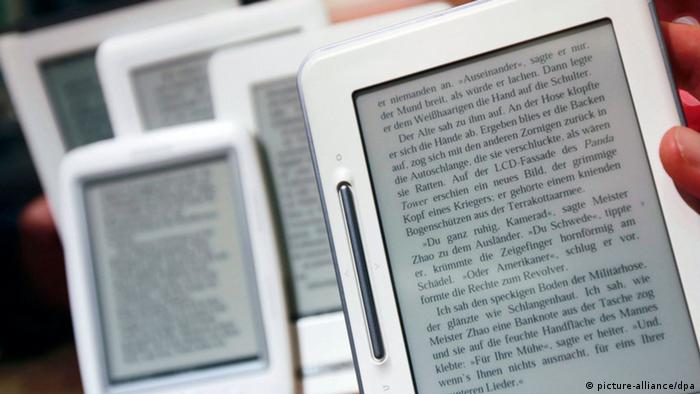 The book publishers' formal complaint was announced Tuesday and came about eight weeks after Amazon stopped shipping books from the Bonnier Media Group, a Swedish publisher active in 30 countries.

There'd been a row over dividing revenue from e-book sales, with some titles still not being available for next-day shipping, Amazon's standard for deliveries to Germany.

Amazon stands accused of deliberately delaying shipments to force publishing houses to accept higher rebates for the sale of e-books.

"Amazon business conduct not only affects those publishers involved in the dispute, but poses a threat to all who offer e-books in Germany," the German Publishers and Booksellers Association said in a statement.

Digital competition for the printed book

Germany's Federal Cartel Office will now have to decide whether the accusations are justified and whether it should officially open proceedings against the US retailer.

According to the New York Times, Germany is Amazon's most important sales market outside the US, with earnings to the tune of $2.6 billion (1.9 billion euros) logged in the country last year.