German federal auditors have called on the country's central bank to regularly look into the quality of its gold reserves stored at banks abroad. The Bundesbank has conceded a physical check has never been carried out. 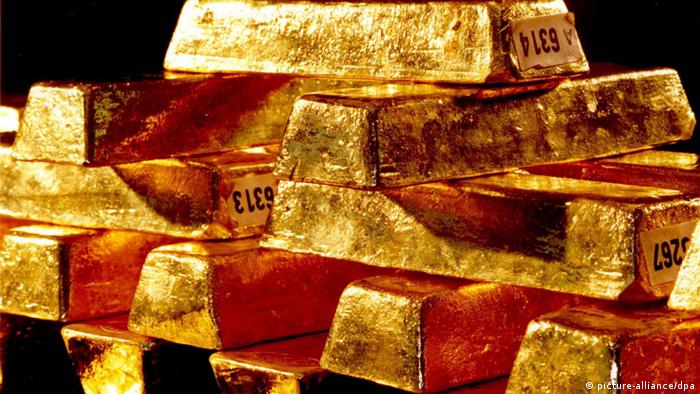 German media reports on Tuesday confirmed the country's central bank, the Bundesbank, would bring back a certain part of its gold reserves it had been storing abroad. While not specifying the amount of gold bars in question, the Bundesbank said the measure to start in 2013 would serve to check the quality of the gold.

The Bundesbank said gold bars would be completely melted as the only way of checking their purity thoroughly and would afterwards be cast into bars again.

German federal auditors on Monday once again urged the central bank to inspect at least part of its nearly 3,400 tons of gold valued at 133 billion euros ($174 billion). "Germany's gold reserves abroad have never been checked physically regarding their authenticity or weight," the auditors wrote in a report to lawmakers.

Like many central banks, the Bundesbank has always kept part of its reserves in vaults of financial institutions abroad, including the Federal Reserve Bank of New York, the Banque de France and the Bank of England.

That practice was introduced long ago when German felt the need to secure its stockpiles against perceived threats from what used to be the Soviet Union and its satellite states in eastern Europe.

For decades on end, the Bundesbank had not deemed it necessary to even count the gold bars abroad, let alone check their actual gold content as it had considered written assurances from storing partners to be sufficient.

Earlier this year, a group of German federal lawmakers had wanted to have a look at gold reserves stored at the Banque de France in Paris, but were turned away by officials there who said their vaults were no visiting facilities.