Germany's army turns 50 on Saturday. It was originally formed to facilitate war-torn Germany's integration into the West. Today, the Bundeswehr maintains the peace in hot spots around the world. 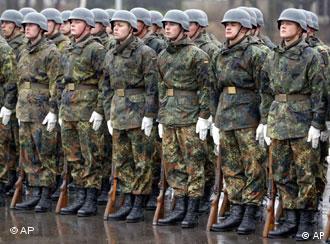 Germany's armed forces will formally conclude the ongoing celebrations to mark 50 years of its existence on Saturday. Nov 12 is a special day for the army because on that day 50 years ago, the first voluntary recruits of the Bundeswehr received their certificates in barracks in Bonn.

Only 10 years after the end of World War II, in 1955 West Germany's army, the Bundeswehr took shape. Chancellor Konrad Adenauer wanted the country's own armed forces to contribute to the Federal Republic's integration into Western structures.

During the Cold War, the western Allied attitude towards re-establishment of German armed forces changed quickly since Germany was located directly on the dividing line between the two blocs.

West Germany was expected to be able to make its own contribution to defending its territory. But a return of the "Wehrmacht," the name the German army was known by under Hitler, was out of the question. West Germany's new constitution ensured that there would never be a return to the times when the army was a state within the state.

Even so, parliament was made responsible for keeping the Bundeswehr on a short leash and the army was closely integrated into NATO. Still, the Social Democratic opposition as well as a large part of the population objected to rearmament. The fact that the Bundeswehr couldn't possibly get by without experienced Wehrmacht officers only increased people's mistrust.

Away from slavish obedience 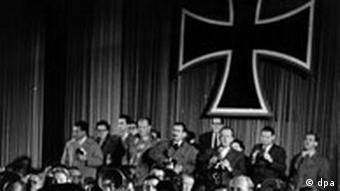 The military leadership focused on the new concept of "internal leadership" in developing the Bundeswehr. The idea was that soldiers should be "citizens in uniform" and that slavish obedience and brutal regiments would be a thing of the past.

But in the beginning that was easier said than done: in 1957, the same year that conscription was introduced, 15 recruits died after being ordered to cross the Iller River without proper safety measures being taken. Elsewhere too, excessively tough training methods were part of the daily grind.

Sociologist Martin Kutz said that it took long before the idea of "internal leadership" found acceptance among the soldiers.

"'Internal leadership was brought into the Bundeswehr by the younger generation in the mid-60s," Kutz said. "It has to do with the fact that the Bundeswehr had an enormous shortage of young people and took whoever they could get. Thus, young people of the simplest means joined the army and caused a break in tradition that the old (military) families had (previously) prevented."

In addition to the special circumstances within the Bundeswehr, which had 270,000 soldiers in 1960, its arms cache was a central issue right from the start. The West responded to nuclear armament in the East by developing its own nuclear arsenal. However, Chancellor Adenauer's government had committed itself to neither produce nor acquire its own nuclear weapons. The solution was for the Bundeswehr to get carriers, while the Americans administered the nuclear warheads that went on them. 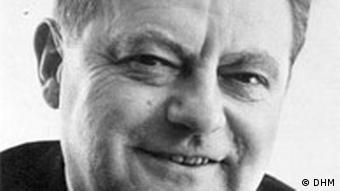 "We don't want the Bundeswehr equipped as a German army with tactical nuclear weapons," then-Defense Minister Franz-Josef Strauß explained. "We want nothing more and nothing less than NATO's entire defense planning requires, which envisions for every nation from Canada to Turkey particular duties so that it's acceptable for the individual (state), so that it's affordable for the individual (state) and so that collective security keeps the aggressor at bay."

Large parts of the population and of the officers' corps rejected Strauß's plans. Over a million Germans took to the streets with the slogan "Fight nuclear death." But in the end, the government prevailed. In March 1958, the Bundestag, West Germany's lower house of parliament, decided after four days of debate to equip the Bundeswehr with carriers for nuclear weapons. German pilots from then on were trained to drop nuclear bombs over Germany and destroy their homes in case of emergency. 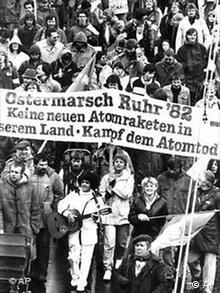 But that didn't put an end to the conflict over the German armed forces' nuclear armament. In the 1980s, the government allowed nuclear missiles to be stationed in the country in accordance with the NATO "double-track" decision despite great resistance from the people.

"There were massive differences in the army over the nuclear issue," Kutz said. "Then, more than half of the staff officers disagreed with it (stationing nuclear weapons in Germany). Of course, in the end they were fended off, but is very clear that in those days the Bundeswehr was more pluralistic than today."

When the Berlin Wall fell, around half a million men in West Germany were in the armed forces. After German unification in 1990, the East German armed forces, the NVA, was dissolved and a portion of its soldiers integrated into the Bundeswehr. Shortly thereafter, the restructuring of the armed forces began and which still continues to this day.

The Bundeswehr was not only too big and cumbersome, but it also needed a new orientation after the collapse of the "enemy from the East."

The Bundeswehr's classic duties of national defense now faced new threats -- above all from terrorism. For the first time, the Bundeswehr started taking part in UN-mandated peace missions, although Germany's constitution only envisages its deployment for defensive purposes -- that is, in the case of an attack on the country. The German Constitutional Court cleared the legal fog in 1994 when Bundeswehr soldiers participated in the UN peacekeeping mission in Somalia.

In 1999, German soldiers were deployed for combat for the first time when NATO bombed Serbia during the Kosovo War -- a crucial test for the Green party, the junior partner in the governing coalition with the Social Democrats. 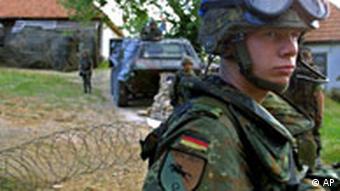 As a result, foreign deployments -- every one of which must be approved by the Bundestag -- finally were accepted as a political reality. The Bundestag gave its blessing to the initially controversial Afghanistan deployment after Sept. 11 attacks as well.

Up to 10,000 German soldiers, including special forces, have been temporarily stationed abroad.

Half a century after the Bundeswehr's foundation, outgoing Defense Minister Peter Struck, who was instrumental in advancing reform, summed up the development of Germany's armed forces:

"I will surely go down in history with the sentence: Germany is also defended on the Hindu Kush. And with the other sentence: The Bundeswehr's operational area is the whole world."

On Tuesday, Germany celebrates the 50th anniversary of its postwar military. Things have marched on since 1955, when the presence of German troops was unimaginable. Now German keeps peace across the world. (June 7, 2005)

Germany to Extend Troops' Mandate in War on Terror

The outgoing German cabinet agreed on Wednesday to extend the mandate of the country's troops in the US-led "Operation Enduring Freedom" by a year from November 15, a spokesman said. (Oct. 3, 2005)

How Two Armies Became One

The reunification of Germany in 1990 not only meant the unity of political entities. The two German armies, once prepared to shoot at each other, had to put mistrust aside and be combined smoothly into one unit. (Oct. 4, 2005)