Butterfly children have a gene defect that makes their skin as fragile as the wings of insects. Now, doctors have managed to save the life of a boy by transplanting his own genetically repaired skin cells. 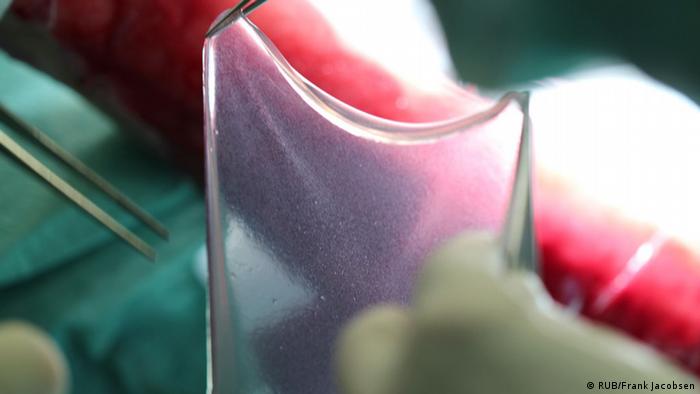 For the first time, German and Italian doctors have managed to transplant healthy skin tissue to almost the entire body of a butterfly child – saving the boy's life.

The stem cells which the doctors used to grow skin tissue in a laboratory, came from the boy himself. However, before reproduction, the doctors repaired them genetically. Therefore, the reproduced skin did not have the gene defect. The team of German and Italian medics published their findings in the journal "Nature" on November 8th.

Even the slightest mechanical stress can lead to the development of blisters and eventually to the disintegration of the skin. Patients suffer from large chronical wounds, often get life-threatening infections and often develop skin cancer.

A protein called Laminin-322 is responsible for anchoring the skin layers. Faulty genes prevent a sufficient production of that protein. So far there was no cure.

When Hassan was seven years old, he was brought to a special burn-victim unit of the children's hospital in Bochum. At that time an infection had already destroyed 60 percent of his body skin. No common therapies showed any sign of success. Doctors considered to send him to palliative care.

Does this chip revolutionize gene therapy?

But the parents and doctors still looked for experimental ways of treatment and discovered studies by the Italian specialists Michele De Luca, who is working at the Center for Regenerative Medicine at the University Hospital of Modena.

The doctor had previously tested gene therapy on two patients, albeit only on smaller areas of the skin.

Then, the Bochum physicians sent several skin cells of the boy to the Italian colleagues. They first isolated the epidermal stem cells and then used a virus to infiltrate a healthy gene into their DNA. Then they grew the cells.

In Germany, the doctors transplanted the tissue, replacing about 80 percent of the boy's skin.

"When we started treating him, the boy was lying in his bed like a mummy – wrapped in bandages from head to toe", doctor Tobias Rothoeft from the children's hospital in Bochum recalls. He took care of Hassan during the eight months he spent in the clinic. "After the second operation, his condition improved dramatically. Today, his skin condition is stable, he goes to school, plays soccer and can almost live a normal life." New injuries of the skin heal as well as with other children. The new skin contains about as much Laminin-322 as healthy skin. 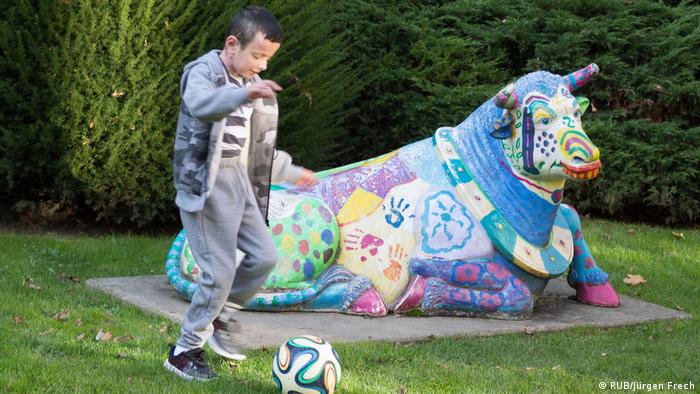 The seven-year-old can play like all other kids. Just few years ago this was unthinkable.

"He is the first human, who had this treatment," Tobias Hirsch from the University Clinic Bergmannsheil in Bochum says. He operated on the boy. For him as a plastic surgeon, it is like "a wonder and a blessing" to see, how well the boy is doing. In Europe, there are roughly 35,000 butterfly children.

Hope for many others

The Freiburg based dermatologist Leena Bruckner-Tudermann, who was not involved in the study, told the German Press Agency dpa that she considers the work of the colleagues as very good. It means significant progress in basic stem cell research and shows that existing risks of such gene therapies will be manageable in the future.

One of the overriding risks of gene therapy is, that the new gene could integrate into a less desirable place of the DNA. That could disturb regulation process within the cell and lead to cancer.

Tests that doctors ran on the new skin of the boy show, however, that the gene in most of the cells did not integrate into areas of the DNA that are responsible for producing proteins or have something to do with the emergence of cancers.

So far, the doctors have not found any tumors either. Also with the two other patients, who had previously received the treatment on smaller portions of their skin, no such problems emerged, the authors write in their publication.

For the first time in 2012, the European Medicines Agency (EMA) approved the use of a gene therapy in the EU. The treatment is aimed at helping people with a rare genetic disease that affects the pancreas. (01.08.2014)