Gender imbalance in Asia prompts calls for intervention | Asia| An in-depth look at news from across the continent | DW | 30.08.2012

The population debate has changed from concerns over growth to falling fertility rates and gender imbalances. Culture, tradition and science have played a role in population policies that have a long term ramifications. 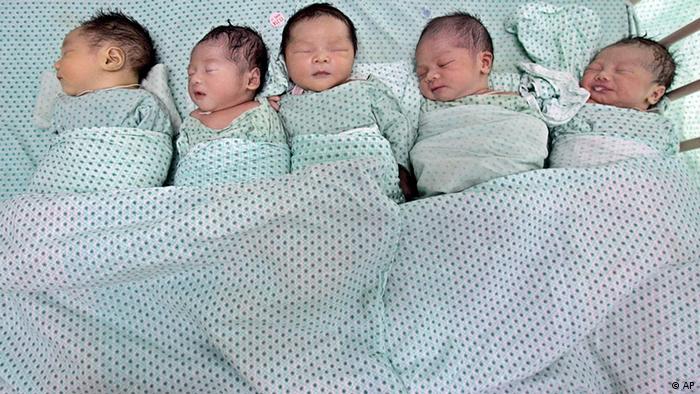 Experts have highlighted the challenges posed by aging populations, falling fertility rates and policies that favor boy children, with gender disparities set to extend for decades.

The selection of boy children - who in many cultures are viewed more "valuable" than girls - has been facilitated by improved medical ultrasound technology and official policies limiting the size of families.

The UNFPA forecasts that by 2030, China and India will have 50 percent more men than women of marriageable age.

UNFPA executive director, Babatunde Osotimehin, said the problem was in the misuse of technologies and past policies. China's one-child policy and cultural preferences for boy children has led to an imbalance there that was "actually getting very serious." 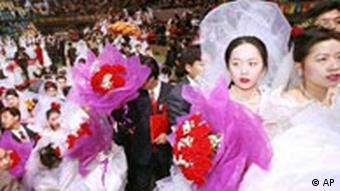 Chinese brides have their pick of the men

"We should discourage the inappropriate use of technologies and we should ensure that we restore the natural balance between boys and girls in these countries," he said.

The report's author, Christophe Guilmoto, from the Paris-based Center for Population and Development, told DW that men would face a "marriage squeeze," in societies where marriage is traditionally expected and that people in lower socio-economic groups would be likely to find it difficult to marry.

"We're talking several millions of people, millions of men who are unable to marry," Guimoto said, adding that the trend was already apparent in cities such as Shanghai. According to the report, the demographic changes were also evident in the Chinese Anhui, Fujian and Hainan provinces.

In India, while disparities are lower than China due to higher fertility rates, sex selection, although banned, continues to be practiced. The states of Punjab, Haryana and Uttar Pradesh all reported above average gender imbalances.

Deepti Singh, a scholar at the Mumbai-based International Institute for Population Sciences, told DW India's tradition of a dowry to a husband's family, also illegal, was another reason to end a pregnancy.

"We have to stop sex selection, which is actually banned but not really. This is a very important thing, but poverty is one of the main reasons because the dowry system is very prominent in India," Singh said.

Siswanto Agus Wilopo, a Professor at the Universitas Gadjah Mada in Yogyakarta, Indonesia, said gender selection was less of an issue in Indonesia amid a balanced fertility promotion program. 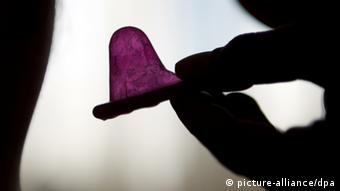 "(Gender selection) has happened in India and China. Fortunately it's not happened in Indonesia because when we promote family planning we set out clearly with the motto that girls and boys are equally the same," he told DW.

In Indonesia, he continued, the population debate was focused on ensuring quality social development against a policy of low fertility rates.

In Thailand, past successes of reducing fertility rates resulted in a sharply aging population - as well as a declining workforce. This was set against failures to implement education and training reforms, said Vipan Prachuabmoh, dean of population studies at Bangkok's Chulalongkorn University.

"We are concerned that we will have a decline in the population of labor force age."

Thailand's average fertility rates are 1.5 - 1.6 children per women - well below the level needed to sustain a population at its existing level.

A new survey reveals Afghanistan to be the world's most dangerous place for women. Pakistan and India are ranked third and fourth on crimes ranging from domestic abuse to female foeticide. (15.06.2011)

A Chinese city government has apologized to the alleged victim of a forced abortion. It has also dismissed three officials amid inquiries into the case. (15.06.2012)