GCHQ reported to have access to almost all European internet traffic

Britain's GCHQ is reported to have wider access to Europe's electronic communications than previously thought. The media reports are based partly on documents released by former US intelligence officer Edward Snowden. 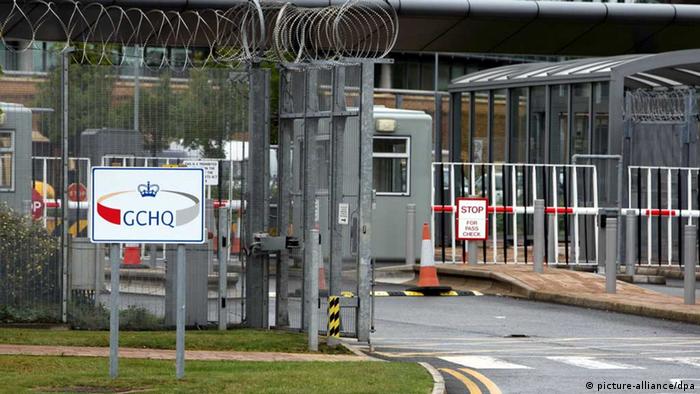 The reports published by the German public broadcaster NDR and the Süddeutsche newspaper said documents made available to them by Edward Snowden indicate that Britain's Government Communications Headquarters (GCHQ) is capable of gathering and analyzing data from almost all of the traffic that passes through Europe's internet network.

According to the reports, the GCHQ's capabilities are particularly strong with regard to Germany's electronic communications. This is made possible in large part due to a total of 14 fiber optic cables worldwide, which are used to deliver data between and countries and continents. Some of these lead to and from Germany's northern coast, and the German telecommunications giant Deutsche Telekom belongs to a consortium, which operates two of them.

These cables, the reports said, help the GCHQ to snoop on emails not just within Europe, but even within Germany. However, there is also another major contributing factor.

"Many online services have their servers for the European market in England or Ireland. And here too, the German traffic travels via Great Britain," journalist Jörg Schieb, who specializes in computers and the internet, told NDR.

Led by the United States, the West is increasingly abandoning the basic right to privacy and threatens to become a transatlantic surveillance society. Only citizens can stop this development, writes DW's Michael Knigge. (22.08.2013)

The reports also say at least six communications companies cooperate with the GCHQ, albeit, not necessarily voluntarily. These include BT, Level-3, Viatel, Interoute, Verizon and Vodafone. Each of these companies is involved in Germany and a large part of the country's internet traffic moves through its networks.

However, according to another whistleblower, US or British intelligence agencies could gain access even without their cooperation. Thomas Drake, a former senior executive of the National Security Agency, where Snowden was a subcontractor, told the Süddeutsche that most emails, even those sent to addresses within the same country travelled through international cables.

Asked to respond to the Süddeutsche and NDR findings, Deutsche Telekom issued a statement in which it declared that it allowed "foreign services no access to data or telecommunications and internet traffic in Germany."

It also said it had "already checked whether there was a legal basis on which one could demand information from other service providers about their cooperation with British intelligence services." This, the statement concluded, found this would be impossible, as Britain's Official Secrets Act binds such companies to confidentiality.