Gay men and lesbians lead tough lives in Syria, where homosexuality is illegal. One man has taken it upon himself to bring the community together, whether or not they, like him, have joined the anti-regime opposition. 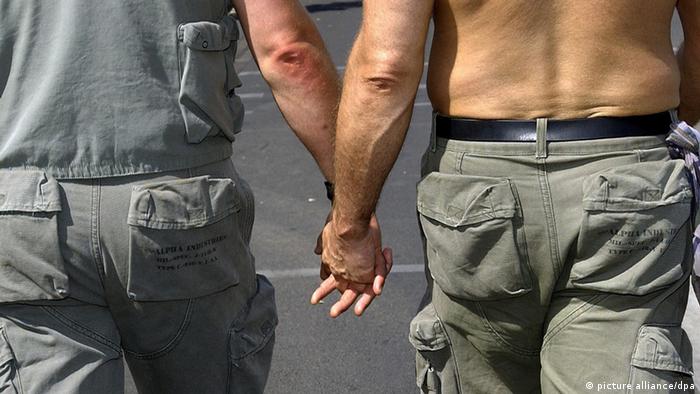 The room fills with the music of Elissa, the Lebanese singer who has become a gay icon in Syria. Back in Damascus, activist and journalist Mahmoud Hassino can't even discuss that Elissa is a gay favorite, let alone raise the issue of gay rights.

Hassino joined the opposition to President Bashar Assad and seeks to raise awareness about gay issues. It isn't easy.

Hassino knew he was gay at a young age, but there was no one with whom he could discuss his feelings. "I was 15 when I had a crush on my teacher," he says. "I knew it was something that came from within." 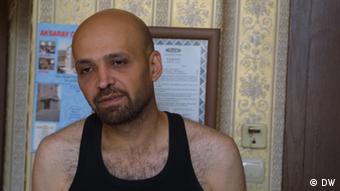 Mahmoud Hassino is preparing for Syria after Assad

Later as a medical student he researched the issue of homosexuality and realized that it wasn't a disease, that being gay was a normal sexual preference.

When he came out to his mother as a teenager, she gave him good advice, he says.

"Nobody will accept this," she told him. "You 'will have trouble finding work and socializing with people.' Her point of view was true."

Was it difficult to find a partner? "There are gay men everywhere," he chuckled. "You just had to have good 'Gaydar.' "

He describes what happened to a lesbian friend when her family discovered her sexual orientation.

"The family forced her to marry an older guy. And now she's living like a maid taking care of him and his children. This is their way of dealing with her homosexuality." 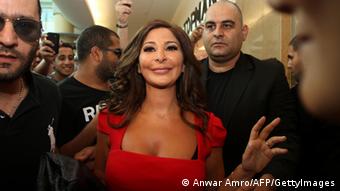 Singer Elissa is a gay icon in Syria

"Homosexuality is illegal in Syria. Despite promises of reform by President Assad when he first took office in 2000, it remains so today. In 2010 the government arrested groups of gay men who were having parties at private houses. Three were arrested on drugs charges.

The rest were kept for three months until their families and everyone in the neighborhood knew," said Hassino. "Some had to flee Syria to other countries."

Hassino says cultural prejudice against gays is an even greater problem than legal prosecution. "The social traditions are influenced by the religious traditions. Most people reject homosexuality."

Despite this oppression, Hassino says, some gay men and lesbians still support Assad. They fear that if conservative Islamists come to power, they would be even more repressed.

Hassino started the online magazine Mawaleh, which means "nuts," in an effort to reach out to his community regardless of their political views.

"Nobody knows what will happen in Syria until the regime falls," said Hassino. "We need to raise awareness. We want a secular Syria." Even gays who currently support Assad need to think about what happens when he leaves power. "They need to have a backup plan."

The magazine and Hassino's views are very controversial, even among the secular opposition. 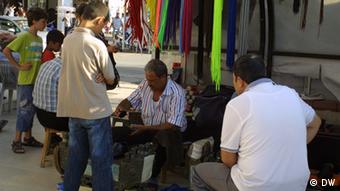 Society will have to change for minorities to be accepted

Miral Bioredda, a secular leader of the Local Coordinating Committees in a central Syrian city, said "Personally I see homosexuality as a private matter. But Syrian society would say "no way" if gays rose to claim their rights. Developing a civil society will take time."

Others are less tolerant. Nasradeen Ahme, a member of the Free Syrian Army, also considers himself part of the secular opposition. "If I was in charge I would enforce tougher laws against homosexuals. If someone said homosexuals should be stoned to death as in Iran and Saudi Arabia, I would not object."

Hassino says that homosexuals will face challenges whoever wins Syria's civil war. In the long run, he says the only way to change the conservative social values is to win the right for all Syrians to organize and speak freely.

"The most important thing for us is social acceptance," he said. "Without freedom of speech, we can't address these issues. In Syria, any kind of gathering is punishable by law. The intelligence services arrest people if they're discussing any kind of social change or political change."

Hassino expresses optimism that the opposition will succeed in overthrowing the Assad regime. Then, he says, the real work begins.

The stories are multiplying in crowded refugee camps that dot the Syrian borders with Turkey, Lebanon and Jordan: that women and girls are being raped and sexually assaulted by soldiers loyal to besieged President Assad. (13.08.2012)

Reports suggest that Syrian Christians are increasingly being targeted for attack by radical Islamists. They're suspected of loyalty to the Assad regime - yet many are actively involved in the uprising. (06.08.2012)

Between acceptance and homophobia