A Libyan military convoy which crossed into Niger earlier this week has fueled speculation that Moammar Gadhafi may be set to go into exile in the West African country. DW examines why such a move would make sense. 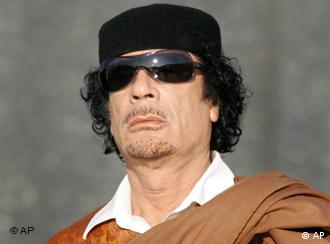 Gadhafi still has many friends in Africa

Both Niger and Burkina Faso have been forced to reject rumors in recent days that Libyan strongman Moammar Gadhafi is on his way to the Sahel region, which splits Saharan Africa from the Sudanian Savannas to the south.

Rumors have been rife that Gadhafi would attempt to flee the popular uprising in Libya which has ended in his ouster from power.

But despite the upswell in opposition to the fallen dictator in his native land, he still has a lot of friends in Africa. He bought them, using his fat checkbook. Gadhafi financed numerous development projects and military hardware for questionable African rulers throughout his own time in power. 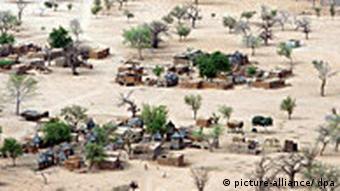 The Sahel region marks the end of the Sahara Desert

This won him not only favor but also influence. A few years ago, a meeting of African kings and traditional rulers even named Gadhafi the "king of kings." Impoverished West African states in particular benefitted from Gadhafi's millions in oil revenues - places like Niger, Burkina Faso and Mali.

So it comes as little surprise that there has been speculation that Gadhafi could seek to go into exile somewhere in the Sahel region which runs through these countries.

"Gadhafi invested a lot in development in the Sahel," he says. "He built roads, hotels, and dams. He planed a Niger canal as far as Timbuktu. Who knows? Maybe he'll now look to take advantage. Of course, this would be risky for the region. His presence would represent a threat to stability."

But Gadhafi didn't just provide funding. He also paid for the training of African rebel leaders at his Revolutionary World Center near Benghazi. It was there that people like Idriss Deby and Charles Taylor learned how to use a Kalashnikov. 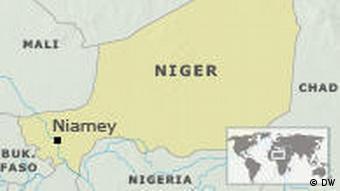 Niger is a landlocked country through which runs the Sahel

What is now known is that it was Gadhafi who provided the Liberian rebels, who were controlled by Taylor, with funding and weapons.

Gadhafi's closest friend is Burkina Faso's strongman, Blaise Compaore, who was also trained in Libya. Without Gadhafi's help, Compaore couldn't have seized power in a 1987 coup - and this might be a good time for him to express his gratitude. While Burkina Faso has recognized Libya's National Transitional Council, it also appears to be prepared to offer asylum to its old friend Gadhafi.

Then there are the Tuareg, a nomadic people in the north of the Sahel. In Niger in particular Gadhafi long supported them in the form of weapons, munitions and logistics in their battle for independence. Many Tuareg fighters recently fought on Gadhfi's side in the Libyan conflict.

Philippe Hugon, research director at the Paris-based think tank IRIS, believes that that the former Libyan leader could seek to remobilize these fighters. 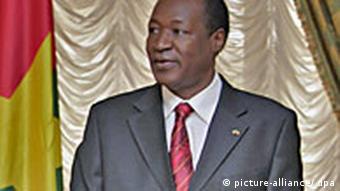 Compaore has ruled Burkina Faso for over 20 years

"Many of the freedom fighter movements of the Tuareg have become criminal gangs, but Gadhafi could call on their support, even if his ties to them are no longer what they once were."

The battle for power in Libya has now cast a shadow on the Sahel region. Many are fearful of Gadhafi's African mercenaries and the many weapons that are present in the region.

Despite this fact, many Sahel states seem to be finding it difficult to let go of Gadhafi. Both Niger and Burkina Fasso have recognized the International Criminal Court, which has issued a warrant for his arrest. But both countries also belong to the African Union, which wouldn't even exist, if it hadn't been for Gadhafi's funds. So it's hardly surprising that the AU has called on its members to ignore the international arrest warrant and refrain from extraditing Gadhafi.

As the old saying goes: Never bite the hand that feeds you.

NATO's Libya mission could cause a political backlash

The Libya intervention presents an unsettling paradox, says Thorsten Benner. While it was the right decision to prevent a massacre in Benghazi, NATO's subsequent actions could harm future efforts to protect civilians. (08.09.2011)

Whether he's the voice of reason or just spoiling the party, Germany's foreign minister is swimming against the tide when it comes to Libyan intervention. Guido Westerwelle repeats: there can be no military solution. (13.04.2011)