Germany's TAZ newspaper claims that European industrial and arms companies will be among the beneficiaries of plans to help Africa fight migration. 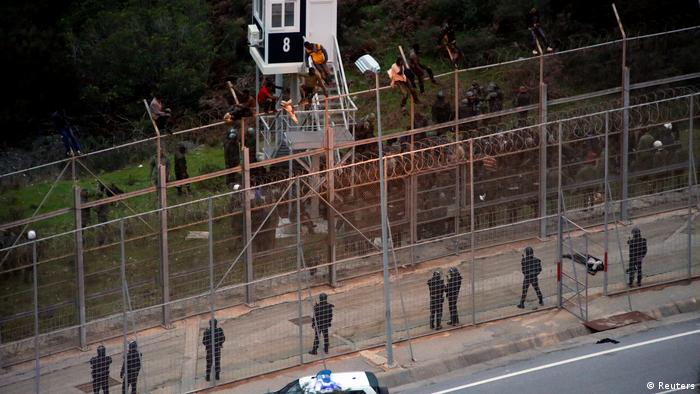 "The funds which African countries have been promised to help them fight migration will find their way, first and foremost, to German and European industrial and arms companies," said Simone Schlindwein. The 36-year-old Africa correspondent for Germany's TAZ newspaper, together with 24 other journalists, has unearthed, after research in 37 African and European countries, what she believes to be the hidden back story to the EU's new migration policy. "After much painstaking work, we gained access to unpublished documents which has so far been denied to the European public," said Christian Jakob who is overseeing the project at TAZ. The journalists received documents from NGOs such as Statewatch and from insiders apparently critical of EU policy.

Many European parliamentarians are apparently unaware of the deals their governments have forged with African dictators behind closed doors, Schlindwein said. The EU, she claims, has promised Sudan's authoritarian ruler Omar al-Bashir - who is wanted for war crimes and crimes against humanity by the ICC - that it will cancel his country's debts if it stops migrants from Eritrea and Ethiopia leaving for Europe takes back its own citizens who have already arrived in Europe. 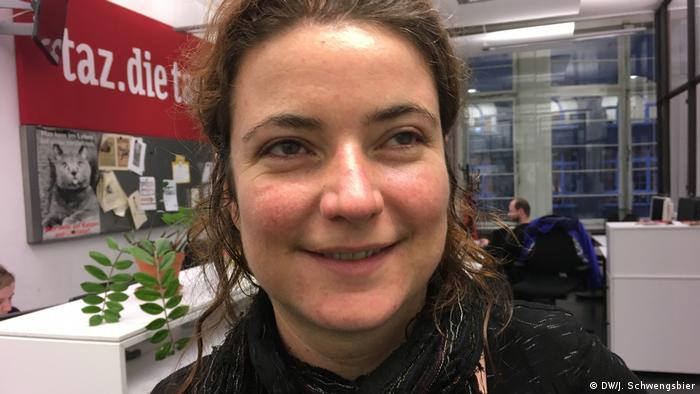 Instead of linking development aid to good governance or observance of human rights, the EU is now evidently prepared to financially reward states who keep migrants away from Europe, take back failed asylum-seekers, and introduce biometric controls at their borders. Biometric identity cards are going to be combined with Visa or Master Cards, Schlindwein claims. Every trip to an ATM won't only reveal the identity and location of the user to financial institutions but to state authorities as well. The planned surveillance of Africa would be far more penetrating than anything conceivable in Europe from a data protection perspective, Schlindwein said.

From Algeria to Cape Town

Defense contractors such as Airbus and Rheinmetall, normally associated with tanks and other weapons systems, will be building high tech border installations in many African countries. These firms will be receiving EU funds which were previously earmarked for poverty reduction and humanitarian aid. "German companies, such as Giesecke and Devrient, which specialize in biometrics and encryption, have secured orders from Algeria to Cape Town," Schlindwein said. "These orders were not put out to tender, but mostly wrapped up at meetings in presidential palaces in the middle of the night." 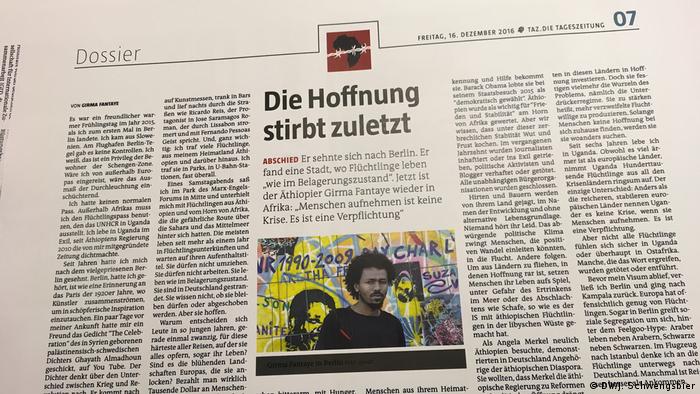 TAZ is a left-leaning German paper. It began publishing in the late 1970s to fill a gap in what its makers perceived as a generally staid and conservative (West) German media landscape

These African governments are not just willing tools serving European interests, they also have their own policy targets as well. The world's biggest refugee camp, Dadaab, is in Kenya and the country intends to close it down. At the same time, it is planning to build a huge border fence along its frontier to Somalia."So the Somali refugees once they have left [Dadaab] won't be able to come back," Schlinwein said."The new European rationale on migration is spreading through the whole of Africa."

Germany is in the process of reshaping its policy towards Africa. Development aid minister Gerd Müller visited Senegal, Niger and Rwanda in 2016. He is a vocal supporter of a Marshall Plan for Africa, under which he envisions economic reconstruction on the continent without the circuitous involvement of governments. Details of his plan have yet to be released.

Ulrich Delius from Germany's Society for Threatened Peoples has misgivings about the use of the term 'Marshall Plan' in this context.

"Marshall Plan makes people think of reconstruction after World War Two in Europe." Politicians are misusing the term to disguise their true intentions, he said.

But Martin Schäfer, a spokesman for German's foreign ministry, when asked to comment on the TAZ disclosures, said that questions of governance, attitudes to democracy, rule of law and human rights were "always on the radar"  when Germany cooperated with African states. "That is to be taken for granted," he said.

German Development Minister Gerd Müller is trying to drum up support for a Marshall Plan for Africa. Little is known about what it will involve, or cost. But critics doubt it is the right road to African renewal. (14.11.2016)

On a tour of Senegal, Niger and Rwanda, German Development Minister Gerd Müller repeated his call for a Marshall Plan for Africa. But is a post-World War II-style recovery program realistic or even necessary? (12.08.2016)

The boat set off from the Western Sahara some nine days ago, carrying 34 migrants attempting to flee to the Spanish islands. Thousands of migrants attempt the trip each year, in search of a better life.