The mayor of Bangui, Catherine Samba-Panza, has been elected new interim president of the Central African Republic. Her brief: to lead the country out of chaos and organize free elections. 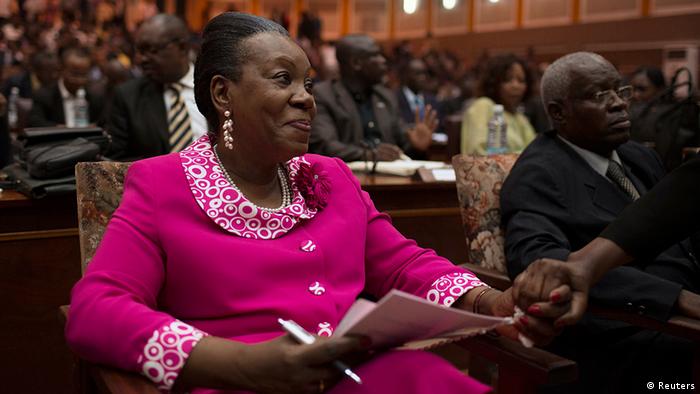 "From today, I am the president of all Central Africans," declared Catherine Samba-Panza in a manner that left no doubt that she meant what she said. "I appeal to each and every one of you to help rebuild our fatherland," she said immediately after being elected interim president of the Central African Republic.

Samba-Panza beat seven other candidates. Among them were two women and two sons of former presidents. They all had to meet the stringent requirements set by the National Transitional Council. All those who had held political office under previous interim president Michel Djotodia, as well as all party leaders and active members of the military were not allowed to run for the presidency. Also among those excluded from the top job were members of militia groups. 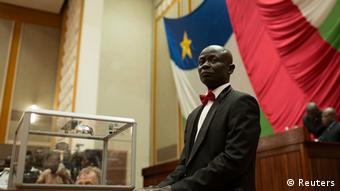 Eight candidates ran for the presidency

Samba-Panza was appointed mayor of the Central African Republic's capital Bangui after Seleka rebels ousted president Bozize. She herself never belonged to the Seleka group. According to the French Catholic daily newspaper "La Croix," the news of her appointment as interim president was well received by most Bangui residents even though the people themselves did not take part in the election.

In the eyes of the business community Samba-Panza is the right person for the job. Development and human rights organizations have also welcomed the appointment of the first female to such a high profile job in CAR, wrote "La Croix."

The 59 year-old was born in Chad and studied law in France where two of her three children still live. Before entering politics, she worked as a corporate lawyer. She was also active in a women's rights organization.

"She is a president who can unite both the country and the political elite," said Paul Simon Handy, deputy director at the Institute for Security Studies (ISS) in South Africa. Desire Nzanga Kolingba, who emerged as runner-up in the presidential elections, congratulated Samba-Panza on her victory. "I take this opportunity to urge all our fellow countrymen to join hands with Samba-Panza, to lead our country out of this chaos," said Kolingba in an interview with DW. 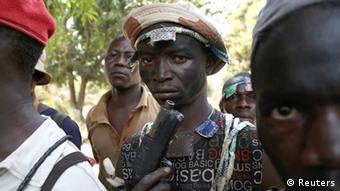 Samba-Panza failed to win an absolute majority and had to compete in a runoff election against Kolingba, whose father was a former CAR president. In the runoff, 75 deputies voted for Samba-Panza, 53 for Kolingba.

The new interim president now faces the huge task of bringing peace to the sectarian conflict between the Muslim Seleka fighters and the Christian anti-balaka militias, as well as facilitating the return of hundreds of thousands of refugees to their villages and restoring a functioning government.

Nevertheless, Handy believes Samba-Panza has a good chance of bringing about reconciliation in the country. "But I am afraid that this process will take longer than her period in office as interim president," he added.

Central African Republic has to hold a fresh election by February 2015 at the latest. France, however, wants the election to be held this year. Current law excludes the interim president from running.

The EU's foreign ministers will combat violence in the Central African Republic with troops and cash. Nearly a million need help. April might see the country turn from crisis to chaos. (21.01.2014)

Archbishop of Bangui: I would be thankful for German involvement in CAR

Central African Republic Archbishop Nzapalainga calls for help from Europe and the UN to restore peace in his country. Fears of genocide aren't exaggerated as some people feel they have nothing left to lose, he tells DW. (19.01.2014)