After crashing out in the quarterfinals, the reigning champion insisted he had the desire to bounce back. But having now failed to win any of his last four grand slams, Djokovic is mulling a shake-up ahead of Wimbledon. 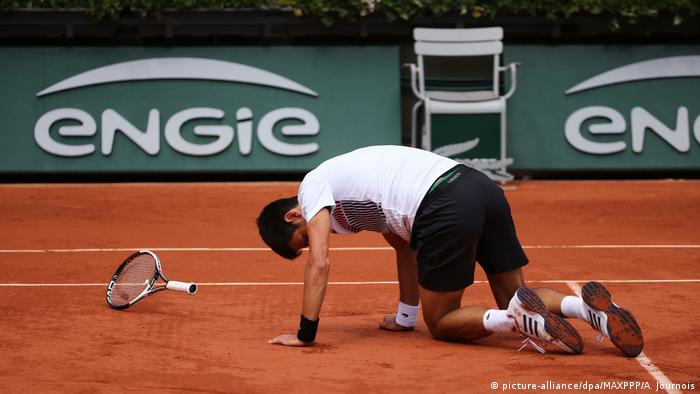 Novak Djokovic was visibly shocked after a 7-6, 6-3, 6-0 defeat to Dominic Theim in the French Open quarterfinals Wednesday. The 30-year-old Serb was a shadow of the player that has won 12 grand slams as he suffered his first straight-set loss at a major in four years.

"It's unfortunate to finish Roland Garros the way I have done today," said Djokovic. "I obviously always expect a lot from myself, but it's a fact that I'm not playing close to my best, and I know that."

This time last year, he left Roland Garros in possession of all four tennis grand slams and having become the first player to break the $100 million (89 million euro) prize money barrier. Now, he heads to the next major at Wimbledon without a title to his name.

"It's a whole new situation that I'm facing, especially in the last seven, eight months, not winning any tournament, which hasn't happened in many years," he added.

Dealing with that new situation will be a huge challenge. Having parted company with his coaching team last month, Djokovic was advised by Andre Agassi at the French Open. Yet Agassi has only committed to the four majors this year. That means Djokovic will have to search for a day-to-day coach as he strives for an upswing in form.

"I'm thinking about many things and just trying to sense what's the best thing for me now. There have been a lot of changes with the team," he said. Despite the defeat, Djokovic maintained he was "so excited to work with Andre and the new team" and that it was to early to judge his partnership with Agassi as a success or a failure: "His impact will take time, it won't happen in the first week. We only spent seven days together so we will see where it takes us." 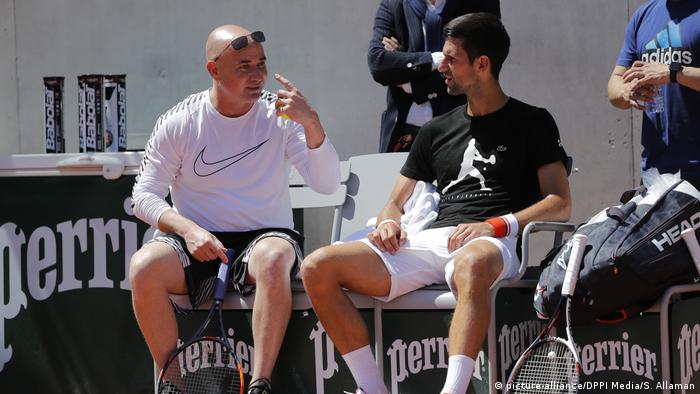 Initially, Djokovic had only been planning to play Wimbledon. Now he faces the dilemma of either playing a warm-up tournament without a coaching team in place or taking time out from the game altogether.

"I'm not really sure right now. I will see how I feel after Roland Garros and then decide what to do next."

One thing is for certain, Djokovic will slip further down the world rankings. Rafael Nadal will replace him in second spot behind Andy Murray. The setback is something "all the top players have been through" and Djokovic is determined to come out the other endin a stronger position.

"One of the highest points that you can reach as a tennis player is to be number one," he said. "I was very fortunate to spend a lot of time there. I know how it feels to get to that spot and to also lose it. Hopefully I'll be able to get back."