A French court has upheld a jail sentence for high-risk trader Jerome Kerviel. However, it overturned a hefty fine for the ex-Societe Generale employee, who nearly brought the bank to collapse with his trading habits. 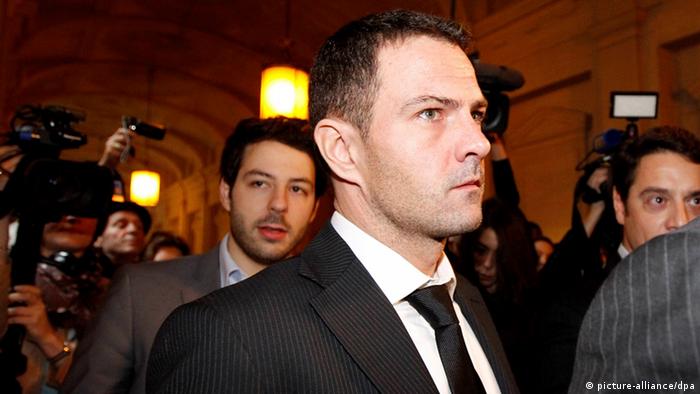 France's highest appeals court ruled on Wednesday that Jerome Kerviel - a former trader for Societe Generale bank - would serve a three-jail sentence. The previous conviction had been handed down in connection with Kerviel's high-risk trading, which nearly caused the French bank to collapse in 2008.

The court overturned the remainder of his conviction on Wednesday, pushing the question of his 4.9 billion euro ($6.8 billion) fine to a different appeals court to re-judge. The hefty sum matches the losses Societe Generale bank incurred as a result of Kerviel's betting practices on the stock market.

"It is a victory for Jerome Kerviel," his lawyer David Koubbi told reporters.

Kerviel's other defense lawyer, Patrice Spinosi, said on Wednesday that Societe Generale's culpability would be "at the heart" of the next case. Kerviel's defense team has argued that Societe Generale had known about his client's trading habits and had, therefore, committed "wilful misconduct." The bank has denied this claim.

In 2010, Kerviel was convicted for breach of trust, forgery and putting fraudulent data into Societe Generale's computer network in order to facilitate risky trades.