France′s Sarkozy Ahead in the Polls, But Still Controversial | Europe | News and current affairs from around the continent | DW | 20.04.2007

He polarized the public as the tough talking law-and-order interior minister during the Paris riots in 2005 and has not stopped being controversial as France's right-of-center presidential candidate. 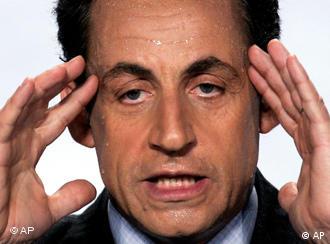 As interior minister, his handling of the suburban Paris riots was deeply controversial

The frontrunner for the French presidency, right-of-center Nicolas Sarkozy, has been campaigning for a "clean break" from the politics of the past, but his tough talk has sparked fears that he will divide rather than unite the nation.

The son of a Hungarian aristocrat father and a French mother of Greek-Jewish origin, he has served as interior and finance minister, and since 2004, as president of the ruling Union for a Popular Movement (UMP) party.

Polls ahead of Sunday's first round of voting show that "Sarko" has a popular touch: many French voters like his plain-talking style and firm line on law and order. 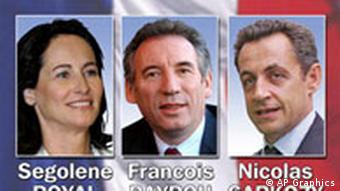 But the polls also expose his biggest weakness: more than other mainstream politicians, he has polarized the public.

His controversial remarks -- made even before the 2005 riots in the rundown Paris suburbs, in which he described young delinquents as "racaille," or scum, coupled with more recent talk of deporting illegal immigrants and setting up a separate ministry for immigration and national identity, have convinced many on the left that he is little more than a respectable version of the far-right leader Jean-Marie Le Pen.

His detractors say that the 52-year-old former protégé of outgoing president Jacques Chirac, is a divisive character who has no chance of uniting a country of 60 million people behind the many reforms he says are needed.

Sarkozy retorts that such personal attacks were made against former presidents, such as Charles de Gaulle and Chirac's socialist predecessor Francois Mitterrand, during their election campaigns, and that "this was a good sign." 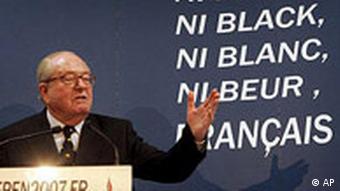 He has advocated economic reforms that would transform France into the "Anglo-Saxon" model: a deregulated economy, curbing of trade union powers, privatization of public housing, reducing the number of civil servants and private investment in the university system.

As interior minister, he set up the country's first official Islamic body. He argues for US-style affirmative action programs to help disadvantaged youth of black and Arab origin. His call for state aid in setting up mosques for Muslims was also denounced.

On the foreign policy front, he strongly opposes Turkish membership in the European Union, and has Atlanticist leanings, though he was opposed to the war in Iraq. He wants France to improve its ties with the United States, leading the opposition Socialist party to describe him as an "American neo-con with a French passport."

Sarkozy, 52, had a privileged upbringing in the affluent Paris suburb of Neuilly, where he later served as mayor from 1983 to 2002.

He studied law -- and later worked as a lawyer -- but did not attend the prestigious National Administration School (ENA) that for generations has supplied France with many of its top politicians and business leaders.

Sarkozy likes to point out that, unlike his main rival, the Socialist Segolene Royal, he is not a member of this elite.

Personal life as fodder for the tabloids 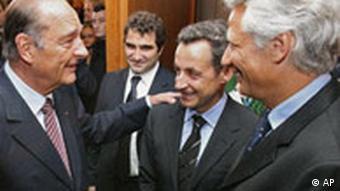 Twice married, he has three children -- the third by his current wife, Cecilia. Their stormy relationship has received widespread coverage in the gossip magazines.

Cecilia has been noticeably absent from Sarkozy's side during the election campaign, prompting Jean-Marie Le Pen to allude this week to rumors of fresh marital troubles.

His political career began in the 1970s as a supporter of Chirac, who initially saw him as a possible successor. But they had a falling out after Sarkozy backed a rival in the 1995 presidential election.

With Chirac's re-election in 2002, Sarkozy was overlooked for the post of prime minister and instead took over at interior, where he began preparing his bid for the 2007 presidential election.

As France prepares to go to the polls, even moderate candidates are trying to score points with right-wing slogans, while the real right-wingers are attempting to woo immigrants from the suburbs. (19.04.2007)

With the French presidential election campaign entering its final week, DW-WORLD.DE takes a look at Francois Bayrou, so the so-called "Third Man" of the presidential race. (15.04.2007)