Between 150,000 and 400,000 people live in polygamous households in France, in which a man is married to more than one woman. The French state is trying to change the situation -- with mixed results. 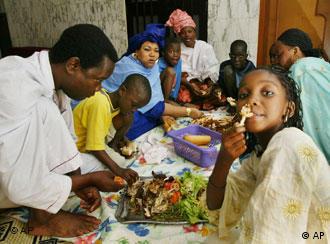 France banned polygamy in 1993, but that didn't stop it

The government argues that living in polygamy prevents immigrants from becoming integrated into French society and that it goes against the principles of gender equality enshrined in the constitution. Polygamy was made illegal in France in 1993. Those who still live in polygamy have either been doing so since before the law was passed or they married abroad.

Though polygamy isn't very common in the northern Paris suburb of Cergy, most people in the African community there seem to know at least one polygamous family, usually with roots in Mali.

"I'm against polygamy, even though I'm African," explained Kofi Jumeau, who, along with his 43 brothers and sisters, could speak from first-hand experience. "My father had between nine and 11 wives. And unfortunately it really hurt us kids, because there was no family cohesion. It was really bad for us."

The French authorities employ a strategy they call "de-cohabitation" to reduce the numbers of polygamous households. It involves social workers helping second and third wives move into separate apartments with their children, breaking up the polygamous arrangement.

Mamalea Bapuwa is an intercultural mediator at the Association of African Women, one of the groups that helps women want to leave polygamous homes.

"It's a question of choice," she explained. "We can't push people in this direction. Once a woman has made up her mind and has decided she wants to de-cohabitate, she comes to see us."

The government offers women large, subsidized apartments to encourage them to leave polygamous families. They may also receive the 10-year-residence permits issued to other foreign residents. Polygamous families are only eligible for permits that must be renewed every year, which can make it difficult to find a job or travel internationally. 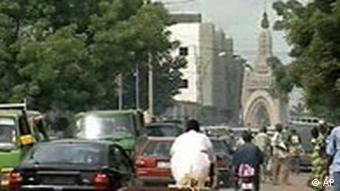 From Mali to France

Fatima Camara, 39, is a mother of five and the second wife in a polygamous marriage. She was living in Mali with her family when her cousin came to visit from France in 1987. He was already married, but Camara's family told her to marry him anyway, as is the custom in many Muslim communities in Mali.

"I couldn't really say no to my parents. So I said, that I would agree to whatever they decided. We went ahead with the marriage," Camara, who lives in Cergy, said.

She said that things worked out wonderfully until her children became older. But three adults and 10 children in a three-room apartment grew increasingly more difficult to handle. Camara finally moved into a six-room apartment she was assigned in the spring of 2004. But she continues to live in semi-polygamy; her husband and the children belonging to his first wife come over every day. And she's happy with the set-up.

"I like living in a polygamous family. We aren't alone. We can discuss our problems. There are a lot of things I like," she said.

The French government, however, wants Camara to go a step further -- to divorce her husband. Only then, would she receive a 10-year residence permit. But Camara would rather be forced to renew her permit every year. She says she loves her husband and wants to stay married to him. 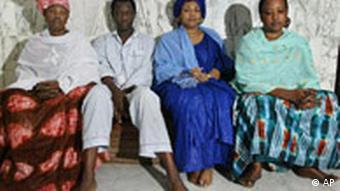 There are no official national statistics on the number of polygamous families who have been separated. But a government agency that oversees housing in the Paris region says that of the roughly 500 families known to be living in polygamy in the area, only 81 women have moved out in the past five years, and 24 of them have divorced their husbands. Many more polygamous families are thought to be living in the shadows.

Parliamentarian Chantal Brunel has taken up the issue and would like the government to be more aggressive in dealing with it. "I think we have to send a strong message to other countries and to foreigners who live here and don't respect the laws on our soil. Polygamy is completely illegal in France, and yet it exists."

Brunel sponsored legislation last year calling for state tutors to manage the welfare benefits of polygamous families. Though the bill didn't pass, she did manage to draw attention to the issue of polygamy and continued to lobby her colleagues for more action in tackling it. There's now a growing sense that France's current policy isn't working, and that the country needs to take a tougher stance if it wants polygamy to become a thing of the past.

As French officials continued their efforts to secure the release of two journalists held hostage in Iraq on Thursday, state schools started enforcing a ban on head scarves -- the very issue that prompted the crisis. (Sept. 2, 2004)