Dry-cleaning may get that wine stain out of your favorite top, but it will also leave cancer-causing fumes in the air. France has decided to ban the main chemical used in dry cleaning and push cleaners to go green. 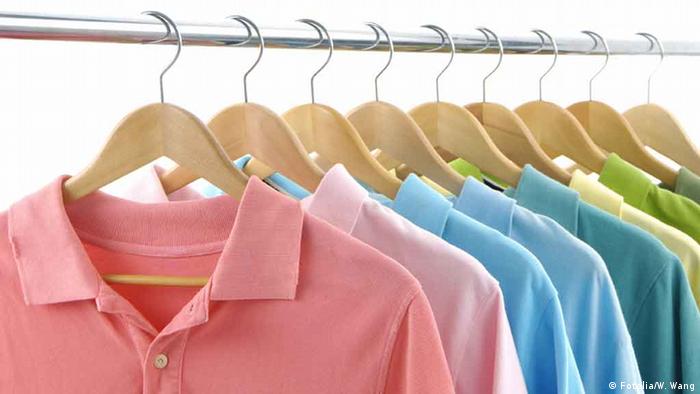 Perchlorethylene, also known as perc or tetrachloroethylene, is a solvent regularly used in dry cleaning. This clear liquid to remove stains and dirt from all types of fabrics. It's effective and inexpensive, which is why 95% of dry cleaners in Europe use it every day.

But, perchlorethylene is also a toxic chemical. The World Health Organization's International Agency for Research on Cancer lists perchlorethylene on their A2 category, meaning it's 'probably carcinogenic to humans'.

In response, the French government has introduced a new law banning the use of perc at dry cleaning establishments that are close to occupied buildings. The ban comes into full force in 2020. The move follows similar laws passed in Denmark and the United States.

Nicolas de Bronac is the founder of Sequoia, a green dry cleaning business in France. He has welcomed the government's decision. Four years ago, he started a company, which uses silicone liquid instead of perc to dry clean clothes. 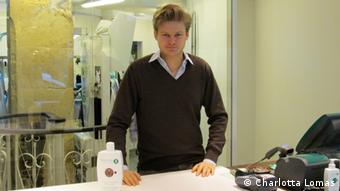 "Our concept is responsible. It's better for the people who work in the shop because perchlorethylene is very dangerous," de Bronac told DW in an interview.

Silicone liquid is an odorless, colorless solvent, commonly used in cosmetics, shampoos and deodorants. US company GreenEarth Cleaning developed the process of silicone liquid dry cleaning in 1999. When released into the environment, silicone liquid breaks down into sand, water and carbon dioxide.

Liquid silicone is seen as the best alternative to perc, but some scientists have expressed concern that this chemical is being used before a complete analysis of its impact on humans can be completed. The Canadian and British governments have declared liquid silicone 'not harmful' to the environment - but, globally, no scientific consensus exists.

The European Chemical Agency has reported that silicone liquid is very bioaccumulative, which means it has difficulty breaking down and is likely to accumulate in our bodies. The EU's Registration, Evaluation, Authorization and Restriction of Chemicals (REACH) has called for further research.

As part of the ban on perc dry cleaning, the French government plans to removes 4800 perchlorethylene machines across the country. This means many traditional dry cleaners will be swapping perc for more eco-friendly methods.

Marie-Chantale Mbedey has worked in the dry cleaning industry for 14 years. Sequoia is the first place she's worked that doesn't use the cleaning solvent perchlorethylene. 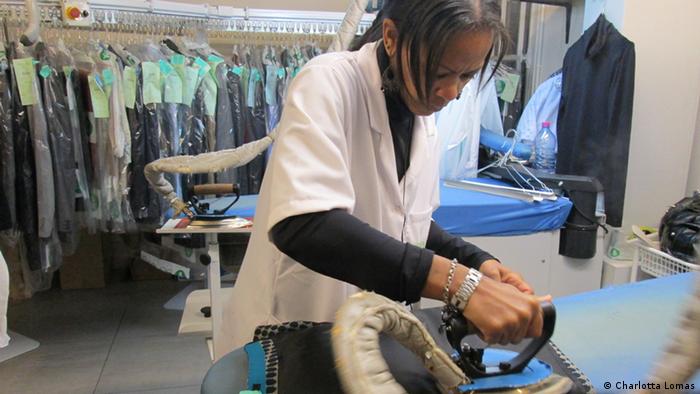 "Perchlorethylene is not good. Since there is no perchlorethylene here, I feel better," she told DW. "I had headaches when I worked with perc, but now I don't have any."

In addition to providing a cleaner workplace, Sequoia founder Nicholas de Bronac says there are cost incentives as well. He explains that silicone liquid costs 4 euros per liter, which is twice as much as perchlorethylene. But the shop saves money over time because silicon liquid is easily retrieved during the cleaning process and reused.

"We use five times less silicone than perchlorethylene because we re-use it machine after machine,” he said.

In addition to dropping perc, Sequoia employs other green practices. They recycle coat hangers, uses 100% recyclable plastic packaging, the shop's are equipped with LED lighting and the machines are energy efficient.

But owner Nicolas de Bronac says they try to tone-down their green credentials because French consumers are wary of products and services labeled ‘eco-friendly'. 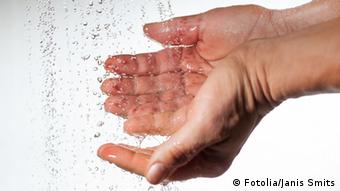 "People in France think that ecological means expensive and inefficient," he said.

But this hasn't slowed business. In four short years, Nicolas de Bronac has opened dozens of franchises across the country.

Instead of piles of unwashed laundry and the stench of potent chemicals you usually encounter walking into a traditional dry cleaning shop, Sequoia looks more like a boutique clothing store. The cabinets showcase merchandise and a large light box illuminates the front window.

"Customers come because it's new, it's cool, it's fashionable, and it's not expensive. Majority of them are absolutely not ecological, but we try to explain to them why it's very important," he said.

For Sequoia customer Fabrice, being environmentally friendly was in fact the reason she came to Sequoia. She also thinks it's healthier. "My daughter is very allergic, and I have seen she has less allergies here," she said.

When asked if the 'greener' cleaner actually works, she replied: "The first time I came to Sequoia, I didn't know if it would be strong enough. But the result is perfect and I think the quality is very good."

Quality and cost will be two factors professional cleaners are concerned about as they consider green alternatives. They still have some time to iron out the wrinkles - the government’s ban on perchlorethylene comes into full force in about six years.

Many fashion brands continue to use toxic chemicals which, among other things, are damaging to the world's fish population. Industry experts hope they can convince companies to start using non-toxic substitutes soon. (10.06.2013)

The Swedish clothing retailer H&M has started an initiative to collect old clothes - "for more sustainability in fashion," the slogan says. Critics say the campaign is pure marketing. (27.02.2013)

Researchers bring the dump to the pump

South African and German researchers in Johannesburg hope to show how methane gas from waste-disposal sites can be converted into an inexpensive, environmentally friendly alternative to gasoline. (04.01.2013)