Heavy gunfire has erupted in several parts of the capital of the Democratic Republic of Congo, Kinshasa. At least forty people are said to have been killed in the fighting after an attack by unknown gunmen. 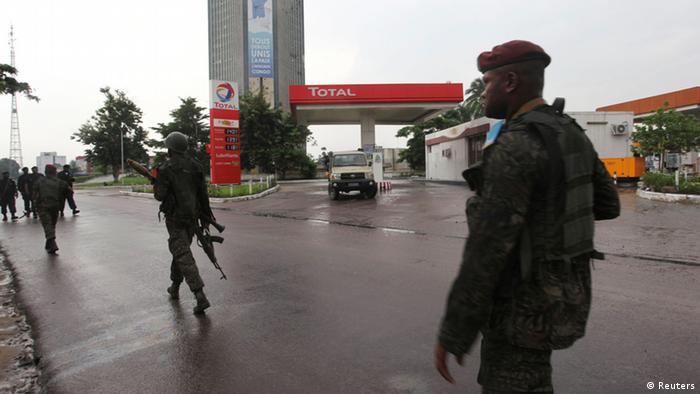 A Congolese government spokesman said on Monday that at least 40 assailants had been killed during an uprising in the capital, Kinshasa, in which gunmen reportedly attacked state television headquarters, army headquarters and the international airport.

Spokesman Lambert Mende added that there had been no loss to security forces, or civilian casualties.

In a televised message, he said the "aggression" was aimed at terrorizing citizens.

Heavy gunfire has been heard in the capital during the uprising, causing panic among residents. Police said earlier that armed youths had taken several journalists from the state television station hostage.

The US embassy stated that it had "received multiple reports of armed engagements and fighting around Kinshasa," and advised US citizens not to move around the city until further notice.

The identity of the attackers remains unknown.

Kinshasa has seen persistent violence from gangs of unemployed armed youths known as "kuluna" who carry out murders, robberies and assaults. The police last month launched a crackdown on such groups.