A Russian court has ordered a pro-Putin "propaganda factory" to pay symbolic damages to a former employee. The employee, a freelance journalist, wrote articles exposing the propaganda organization. 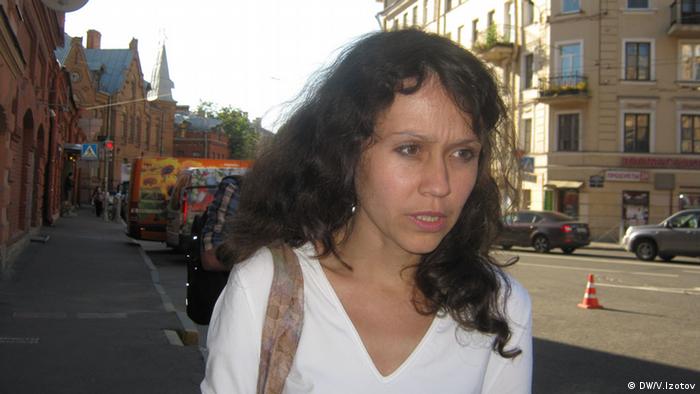 A Saint Petersburg court awarded the journalist Lyudmila Savchuk damages of one ruble, in accordance to her request in the case against the "Internet Research" agency.

"I am very happy with this victory," the 34-year old Savchuk told the AFP news agency.

"We have managed to prove that the trolls exist, which was the main goal," she also told reporters outside the courtroom on Monday.

However, the court did not approve her request to close the pro-government organization, where Savchuk had been working for two months.

During her time inside the Saint Petersburg organization, Savchuk wrote several articles describing the workings of the propaganda facility for the local newspaper. She was consequently unmasked and fired, despite using a pseudonym to publish her revelations.

After the sacking, Savchuk sued the propaganda outlet for alleged non-payment of wages, moral damages, and for failing to give workers proper contracts. The two sides agreed on compensation worth one month's salary before the Monday verdict.

The "Internet Research" agency was not immediately available for comment, according to the AP. The Kremlin had previously denied any links with the organization.

The propaganda war between Moscow and the Western powers has intensified since last year, after the outbreak of Ukraine crisis.