An Al Jazeera journalist detained and held prisoner in Egypt has lashed out at Canadian Prime Minister Stephen Harper for not doing enough to free him. His words come a week before a tightly-contested federal election. 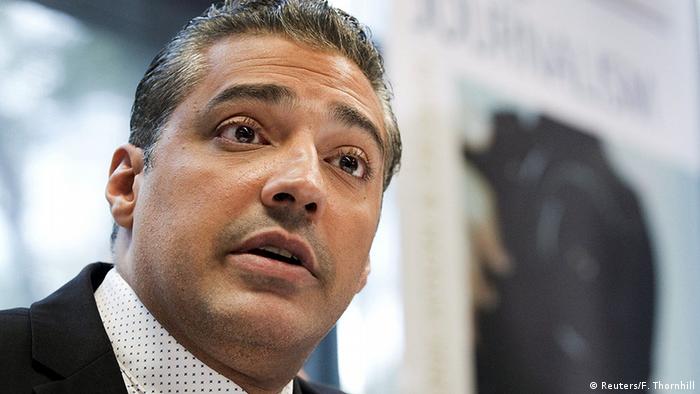 Mohamed Fahmy, a Canadian-born Al Jazeera journalist recently released from prison in Egypt, had strong words for his country's prime minister, Stephen Harper, saying at a press conference on Tuesday he felt "betrayed and abandoned" by the conservative politician.

Fahmy, along with two colleagues who also worked for the news network, was arrested by Egyptian authorities in 2013 for supposedly biased reporting. He was released after spending roughly a year in jail, only to be sentenced to three more years behind bars in August 2015 following a retrial.

Fahmy was released last month after being pardoned by Egyptian President Abdel-Fattah el-Sisi and returned to his native Canada.

At the press conference, Fahmy lashed out at Harper for not doing enough to free him.

"There are no words to describe how it feels when you are wrongly convicted and sitting in a cold cell, infested with insects, nurturing a broken shoulder," he told reporters. "Sitting in that prison cell, it was difficult not to feel betrayed and abandoned by Prime Minister Harper."

The journalist said Harper showed little understanding of the political dynamics of the region, choosing to send envoys to Egypt who had little influence on President el-Sisi.

Elections around the corner

Fahmy's words come a week before a tightly-contested federal election that sees Harper aiming for his fourth mandate as prime minister.

The journalist said he wanted to make his arrest a campaign issue ahead of the election.

Al Jazeera is a broadcast news network financed by the government of Qatar, a country that has fraught relations with Egypt. The network has been accused in the past of supporting the Muslim Brotherhood, the political party President el-Sisi usurped in a coup.

Egypt has summoned the British ambassador in Cairo for comments he made about a court's decision to sentence three Al-Jazeera journalists to prison. The diplomat had said he was "shocked" by the judge's ruling. (30.08.2015)

US 'disappointed' over Egypt sentence against Al-Jazeera reporters

The US has added its voice to the international reaction to the three-year sentences handed down by a Cairo court to three Al-Jazeera reporters. The State Department said the verdict undermined freedom of expression. (29.08.2015)