Former German Defense Minister Peter Struck, a long-time member of the Social Democratic Party (SPD), has died of a heart attack in a Berlin hospital. He was 69. 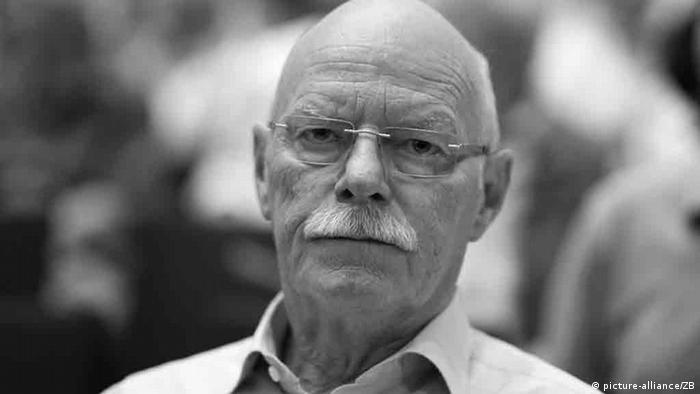 He served as defense minister until 2005, when Schröder's SPD-led government lost power. He remained a member of parliament when the CDU and SPD formed a grand coalition.

During his time in office, he oversaw the early years of Germany's military engagement in Afghanistan, famously coining the phrase that "German security is being defended in the Hindu Kush" mountains. However, Struck was a strong opponent of the Iraq war.

After retiring from active politics following the 2009 parliamentary elections, he was most recently chairman of the Friedrich Ebert Foundation, a political think tank with connections to the SPD. Struck was re-elected to the position last week.

Chancellor Angela Merkel, of the Christian Democrats (CDU), said it was with great sadness that she heard the news of Struck's death, calling him a "significant parliamentarian and a great social democrat."

"For me, he was a hard arguer, but was always a reliable and valued partner," she said.

SPD Chairman Sigmar Gabriel said: "With [his passing] we lose a great social democrat from our ranks."

"For me personally, Peter Struck was a reliable and principled companion - in all his high offices and functions," Gabriel added.

Born in on January 24, 1943, he began his political career at the local level in Uelzen, where he served on the city council and as deputy city manager starting in 1973.

During his nearly 30 years in the Bundestag from 1980 to 2009, he held a number of different positions within the SPD, including whip and chairman of the party's parliamentary faction.

Struck had been in poor health for the past four years.