The wife of former German President Christian Wulff is reportedly taking legal action to suppress rumors about her past. A well-known TV host and the Internet search engine Google are said to be among those targeted. 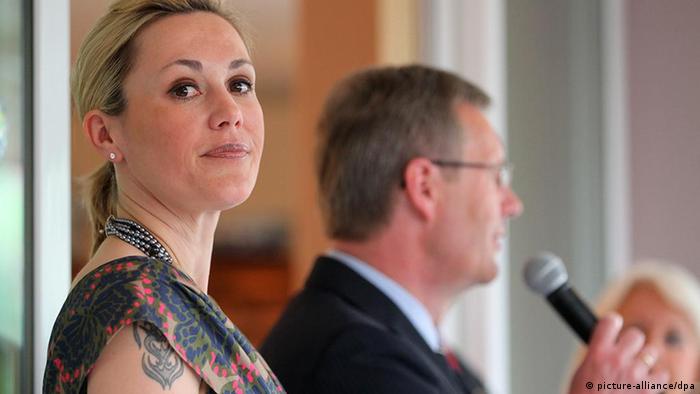 Bettina Wulff's lawyer, Gernot Lehr, has confirmed to the dpa news agency that she is taking vehement action against the spreading of rumors about her alleged former involvement in activities in the red-light milieu.

In a report in its Saturday edition, the German daily Süddeutsche Zeitung wrote that Wulff, the 38-year-old wife of the former president, had submitted an affidavit stating that all claims about her having worked as a prostitute or "escort" in her younger years were false.

It said 34 German and foreign bloggers as well as media outlets had signed declarations over the past few months pledging to cease and desist from citing such allegations.

The report also said that several media outlets had had to pay compensation to the tune of tens of thousands of euros.

The paper said that Wulff had also filed lawsuits with the Hamburg district court against well-known German TV personality Günter Jauch and the Google company.

According to the report, Jauch had refused to sign a cease-and-desist declaration after being requested to do so by Wulff's lawyer in May. Jauch's TV show had quoted a newspaper article regarding the rumors in Berlin and Jauch had also questioned the deputy editor of the mass-circulation newspaper Bild about the affair.

The paper said that in Wulff's view, Jauch had "played a central role... in the destruction of her reputation."

The lawsuit against Google aims to stop words such as "red-light past," "prostitute" or "escort" appearing as search suggestions when Bettina Wulff's name is entered in the search window.

Wulff will also try to counter the allegations when she publishes a book about her life this month, the paper said. 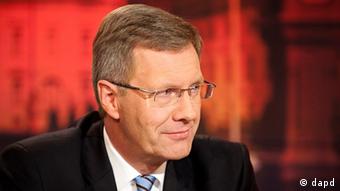 Wulff left under a shadow

The newspaper said its investigations had revealed that Christian Democratic Union circles in Hanover started spreading the rumors in 2006, mainly to target her husband Christian Wulff, a leading figure in the CDU who was then premier of the state of Lower Saxony.

It said that the rumors about his second wife, Bettina, began to circulate again last year after Wulff came under suspicion of accepting undue advantages as German president.

Wulff stepped down from the position after just 20 months in office in February this year in response to the accusations against him.