Mourners have gathered at Prague Castle to pay homage to the late Vaclav Havel. The Czech dissident playwright was his country's first democratically elected president and oversaw the transition to democracy. 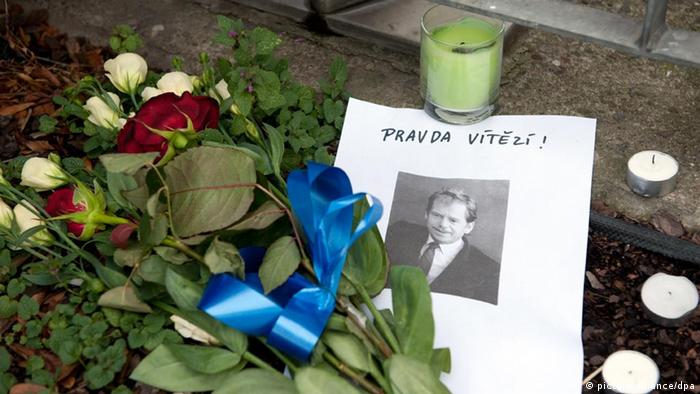 Czechs honored the late Vaclav Havel in Prague on Monday

Mourners have also begun to file past Havel's closed coffin at the St. Anna Church cultural center in Prague.

In Brussels and elsewhere, meetings of the European Union began with silent tributes for Havel. The Czech government is scheduled to meet to discuss plans for a state funeral likely to draw leaders and elder statesmen from across Europe and the world. 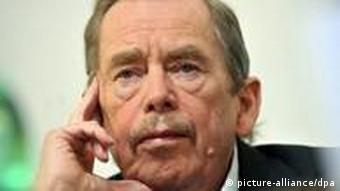 Havel was a playwright, revolutionary and former head of state

The soul of the Czech revolution

The 75-year-old had long battled poor health, partly caused by the time he spent in communist jails and years of chain smoking.

Havel was born in Prague in 1936 to a family that owned film studios and prime real estate in the city. After the communists took control after World War II, Havel was labeled a bourgeois capitalist and banned from studying. Despite this setback, he would work his way up in the theater world to become a writer and director.

When the regime cracked down on the Prague Spring in 1968 he was also banned from the theater but continued writing and became more involved in the dissident movement. His political activism began in earnest in January 1977 when he helped draw up Charter 77, a manifesto calling on the communist authorities to live up to the international commitments they had made on human rights.

When the wave of revolutions sweeping across central and eastern Europe in 1989 reached Czechoslovakia, Havel was, as he put it, "catapulted" into the presidency overnight, just months after being released from jail. On December 29, 1989 he was elected Czechoslovakia's president by the country's still-communist parliament.

On Sunday, Czech Prime Minister Petr Necas called him a "symbol of 1989" and said Havel did a "great job for this country."

In Poland, former president and founder of the Solidarity movement Lech Walesa said Havel was "a great fighter for the freedom of nations and for democracy."

German Foreign Minister Guido Westerwelle honored him as "a great champion for democracy and freedom," and "the soul of the Czech revolution." 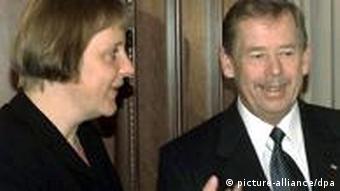 Merkel mourns the "loss of a great European"

"Without him and his courageous words, the democratic awakening in Central and Eastern Europe would have been unthinkable," Westerwelle said.

German Chancellor Angela Merkel called him "a great European," adding that "we Germans in particular have much to thank him for."

Former chancellor Helmut Kohl, who was in office during the political changes in 1989 and 1990, said Havel was "a great man without whom freedom would have been unthinkable."

After serving the maximum two consecutive terms in office, Havel left the presidency in 2003. He devoted his time to fighting for human rights internationally, supporting Cuban and Chinese dissidents, the democratic opposition in Belarus, the fight against the military junta in Myanmar and Vladimir Putin's tenacious grip on power in Russia.

"The post-presidential life resembles the life of a president," he said. "But it's harder because you can be president for several years, but you are an ex-president until you die. Which brings numerous obligations."

Havel also continued to work in the arts. He published a new play, "Leaving," about the struggles of a leader on his way out of office in 2008 and also directed the film version, which debuted earlier this year.

Europe is 'united in mourning' over the death of Vaclav Havel

Two decades have passed since Czechoslovakia's Velvet Revolution. The Communist regime has disappeared, but many of the posters instrumental in the campaign for change have been brought back to life in a book. (15.12.2009)