The former president of Argentina, Cristina Fernandez de Kirchner, has been indicted for corruption linked with public works contracts. A judge also approved charges against a businessman and two former ministers. 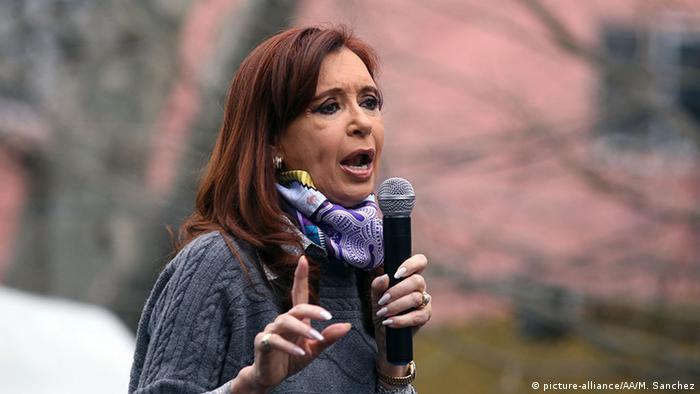 Lopez was arrested in June, accused of trying to conceal around $9 million (8.6 million euros) in cash in a monastery. The source of the money remains unclear.

Fernandez' assets, estimated at more than 10 billion pesos (615 million euros; $643 million) were frozen as a result of the judge's order, according to the justice news portal CIJ.

Fernandez and her co-defendants are accused of involvement with a corruption ring that gave particular companies a favored status when contracts were given for public works projects between May 2003 and December 2015. She denies any wrongdoing.

In May, she was indicted on charges of manipulating currency exchange futures markets, allegedly causing large losses in government finances.

Fernandez, 63, was president of Argentina from 2007 to 2015. She was succeeded by the conservative Mauricio Macri, whom she has previously accused of scheming against her.

Departing Argentine President Cristina Fernandez de Kirchner has made her farewell speech, thanking political supporters. She also lamented the judicial appointment of an interim president as head of state for 12 hours. (10.12.2015)