The high-speed train line between the German cities of Cologne and Frankfurt has been closed after fire engulfed two carriages of an express. All 510 passengers were evacuated safely, with some slight injuries reported. 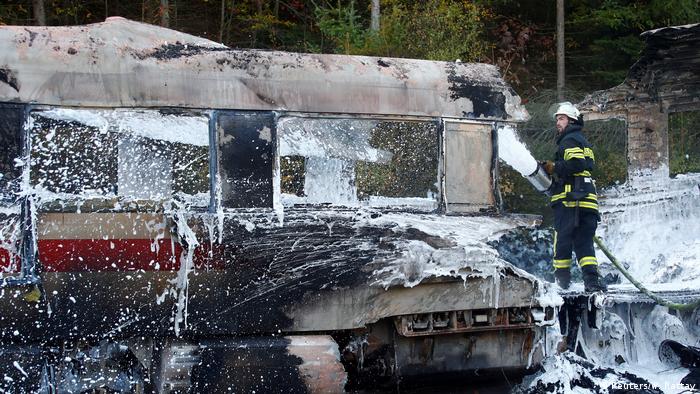 A high-speed train traveling from the western German city of Cologne to Munich in the south caught fire early on Friday, prompting a large-scale rescue operation, in which all 510 passengers escaped to safety.

A police spokesperson said on Saturday that the fire may have broken out in the second-to-last carriage and then jumped over to the end of the train. A technical fault in a transformer is being looked at as a possible cause. The train has been removed for detailed inspection.

Two carriages from the Intercity-Express (ICE) train were engulfed by the flames, whose smoke was smelled by a policeman on the train who then activated the emergency brakes, according to the mass-circulation Bild daily. Five people were said by police to have been slightly injured, including one person with a hurt ankle joint.

The rescued passengers were taken to a nearby village assembly hall and were able to continue their journeys by early afternoon. The train came to a halt near the town of Dierdorf in the state of Rhineland-Palatinate.

Part of the major A3 motorway close to the site of the fire was also temporarily closed owing to smoke and to facilitate the rescue operation. 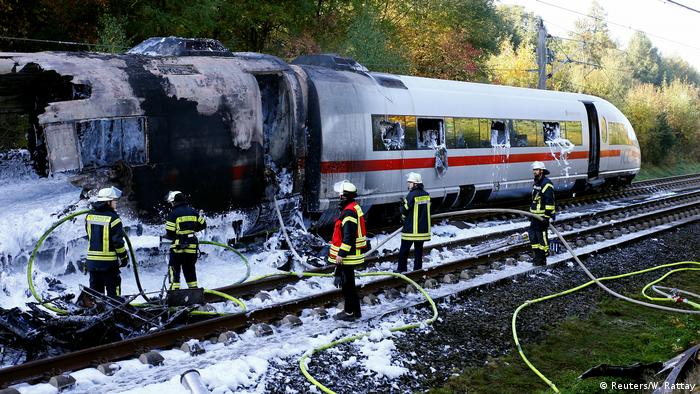 Some 250 firefighters and 50 paramedics were at the scene

The line between Cologne and Frankfurt — one of the most important and most-traveled of the entire German rail network— has been closed as a result of the fire. Trains are permitted to travel at up to 300 kilometers per hour (186 miles per hour) on the 180-km (112-mile) section.

Trains will now be diverted, adding 80 minutes to the journey time, with authorities warning of major delays over the weekend and possibly for longer.

The operator of the train, Deutsche Bahn, confirmed the cause of the fire was being investigated.

Nearly one-quarter of high-speed trains did not reach their destination on time in 2021. Long delays and canceled trains have become routine across Germany.

A 52-year-old man was found guilty of removing several screws from high-speed rail tracks in a bid to cause a train to derail. Hundreds of trains passed over the treacherous location before it was noticed.