Film should be about us, says Inglourious Basterds star Christoph Waltz | Culture | Arts, music and lifestyle reporting from Germany | DW | 30.07.2009

Film should be about us, says Inglourious Basterds star Christoph Waltz 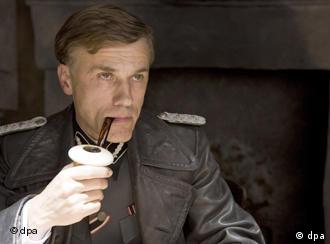 Movies are art and not history lessons, says Waltz

"Inglourious Basterds" premiered in Germany this week and opens in theaters on Aug. 20.

Deutsche Welle: Mr. Waltz, you received the Golden Palm at this year's Cannes Festival for your role as Colonel Hans Landa in Quentin Tarantino's new film "Inglorious Basterds." Has this award opened doors for you?

Christoph Waltz: Not immediately, but it's starting to. There are some possibilities - we'll see what becomes of them.

What was the production like for you? The film caused quite a stir here in Germany well before it came out.

I didn't have anything to do with that. I was fortunate enough to be there in the Babelsberg film studio. If not, I would have envied the others very, very much.

How were you cast for the role?

In the traditional way. I almost said "conventional," but conventional has changed quite a bit over the past few years. These days casting is mainly done by a group of boasters who have no clue but want to test others on what they don't know themselves - using the latest equipment, in order to record for a decision maker who's not even there.

With Tarantino, it was completely different. An incredibly polite man invited me for a chat. Then, after getting to know each other a bit, he said: We could take a look at the screenplay. They created a feeling of lightness, of security. He took away pressure instead of creating it. There wasn't even a camera there - who would Tarantino have been recording it for anyway? 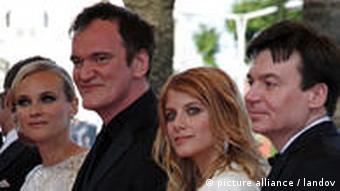 How does one go about creating such a character as Colonel Landa in front of the camera - such a charming monster?

I prefer to stick to what the author says. When you have a work by Tarantino in front of you, it's pretty clear that it's not a book about yourself, but about a character that Tarantino has thought up.

You are an Austrian actor playing a Nazi in a Hollywood film set in Germany. How did you deal with that? Were you able to separate yourself from the guilt complex that all post-war Germans carry around within themselves?

On the contrary - I gave in to it. I have a different reading: I don't think it's the job of the cinema to be didactic, especially as far as history is concerned. And even more especially as far as this part of history is concerned. Instead, I think that cinema should be concerned with us. With us, who are alive today and are watching the film. In the end I think it's irresponsible to make movies that give the appearance of dealing with the truth.

What do you look for in this role?

That's the topic of this film: What's in it for us, what can be reached - if not just the confirmation of what we already know. We've already internalized that in its entirety. Why keep showing it? As a marketing gag. I can't think of any other reason. Our self-assurance, that we're on the right side, has become a marketing strategy. How dishonest can one actually be?

I look for anything in the role that asks questions. In a film, I cannot participate in a historical event, but I can participate in art. And as an artist, I would do a lot - anything - for Tarantino. The film gives us a new perspective on the world - a new possibility to observe. And a new view on things might just change our reality.

And how should the film change reality?

Not reality, but our perspective on it. You have to change reality yourself.

After the film was produced, a great deal of praise was exchanged between Tarantino and yourself. He said, among other things, that you gave his film back to him. How large is his role in the film that you as an actor were able to have such an influence? 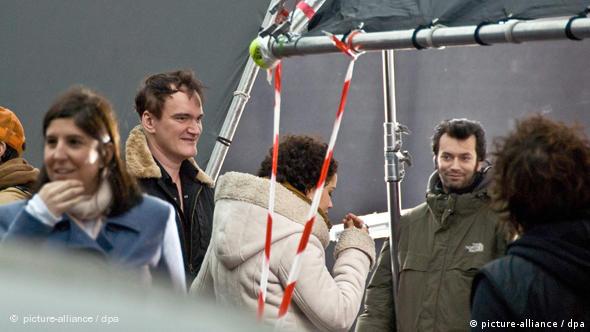 Top honors to be awarded at Cannes Film Festival in France

The world's most prestigious film festival ends today in Cannes, France, but the race for the competition's coveted Palme d'Or (Golden Palm) for best film is still wide open. (24.05.2009)

With three co-productions in the competition section at Cannes this year, Germany is seeking to burnish its credentials as a major global film player and promote itself as a sought-after movie-making destination. (21.05.2009)