Rwanda lacks real political opposition. The Democratic Green Party wants to change that. It is fighting President Kagame's bid to run for a third term and has taken the issue to the Supreme Court. 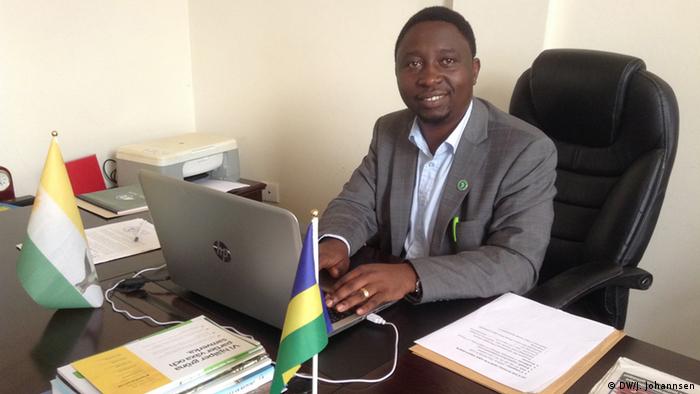 Frank Habineza (shown above) looks as if nothing could shake him. He heads Rwanda's only opposition party, the Democratic Green Party. He says that since the party was founded in 2009, members were beaten up and denied work permits. "My deputy was murdered and I went into exile in Sweden for two years," he says. He talks of persecution, flight, murder and arrests as if they were part of ordinary political life. It took four years before the party was officially recognized in August 2013 – too late to take part in parliamentary elections. "On Friday we were authorized and we only had until Monday to submit our list of candidates for the election. The time was just too short," Habineza recalls. 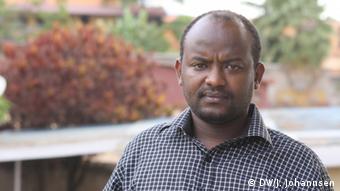 Rwanda is ruled by the Rwandan Patriotic Front (RPF) of President Paul Kagame. In 2013, it garnered 76 percent of votes. Officially, there are opposition parties in Rwanda but, says independent Rwandan journalist Gonza Muganwa, they generally display loyalty to the government as soon as they are represented in parliament and are not a real opposition.

Fighting the government in court

Support for President Kagame and his RPF appears to be strong among the general population. Wherever Kagame appears, crowds are waiting for him – sometimes they have waited for hours in the midday heat. In the 2010 presidential election Kagame won more than 93 percent of votes. That election was, however, accompanied by numerous reports of vote rigging. Under the constitution he is not eligible for a third term in 2017. But parliament has voted to amend the constitution, thereby opening the way for him to run for office again. Habineza's Greens lodged a complaint with the Supreme Court which has now ruled that it has the legal competence to decide on such an issue. The legal process leading to a decision is due to start on September 23. "In the last 100 years, there has not been a peaceful transfer of power in Rwanda," Habineza said in an interview with DW. "We are waiting for President Kagame to be the first to take the opportunity to hand over power peacefully." 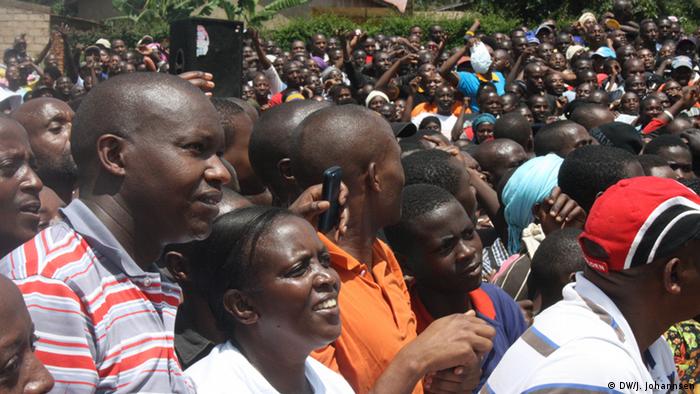 The government argues that the Greens' complaint is unjustified. It says parliament has 3.8 million signatures from Rwandans who are in favor of amending the constitution. The Greens accuse the government of having obtained the signatures as the result of a campaign in which people were misled. "This is not the will of the people. It comes from above, from ministers and parliamentarians. That is why we have taken the government to court," Habineza says

But this could turn out to be an own goal, Muganwa warns. Kagame's supporters could now claim there is a democratic debate about a third presidential term.

Too early for a genuine opposition?

Habineza and the Green Party want to do more than just provide a counterweight to the government. "Now that we have clearly stood up against changing the constitution, some people see us as traitors, which is not true," Habineza says. "We love this country but we have a different opinion." In addition to environmental protection, the party's manifesto includes calls for more democracy, respect for human rights, reform of the education sector and a sustainable economy. Journalist Muganwa believes Rwanda is not ready for genuine political opposition as political tolerance is not strong enough. Sometimes the Rwandan genocide is used to justify this, the argument being that there is still a need for consensual politics after that terrible time. "But, there are also analysts who say this is just an excuse to suppress the opposition," Muganwa said. 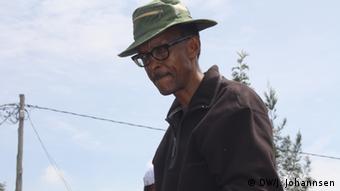 Paul Kagame seems determined to run for a third term

Frank Habineza and his Greens are determined to continue with their political course. But it will not be easy for them. Party members can't find work and often land in prison. Habineza gives the example of a party member in the southwest. "We have information that he had spoken out against a third term for President Kagame and was then arrested. But then he was charged with something completely different. He is accused of working at home as a doctor and not just in the hospital."

Despite all the obstacles, support for the Green Party is growing. It now has offices in most parts of the country – and party leader Habineza is hoping to enter parliament in the next elections in 2018.

The Rwandan parliament has voted in favor of the referendum on constitutional change, which could allow President Paul Kagame run for a third term. A similar move in neighboring Burundi led to violent protests. (14.07.2015)

Germany and Rwanda share close relations. On several occasions, Berlin was warned in advance of the 1994 Rwandan genocide but did not react. Opposition parties are now calling for a re-examination. (17.06.2015)

Despite fairly liberal media laws in Rwanda, journalists there work in a restrictive and abusive atmosphere, according to a new report by the Committee to Protect Journalists. (09.12.2014)