The government and rebels in South Sudan have accused each other of breaking a ceasefire just one day after its implementation. The agreement is supposed to end a month of fighting that has killed thousands. 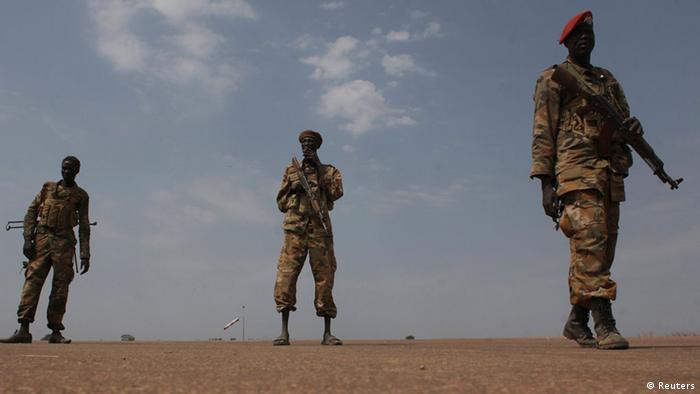 One day after the ceasefire went into effect, the South Sudan government and rebel forces accused each other of violating the agreement, with clashes reported across the vast East African nation on Saturday.

"Rebel forces are still continuing attacking our forces," Information Minister Michel Makuei told reporter as he arrived in South Sudan from negotiations in Ethiopia that led to the ceasefire agreement. "Our forces ... will have to defend themselves," he added.

"This is not strange, these are rebels and ... rebels are undisciplined people: They have no regular forces, no central command," Makuei said.

The rebels have accused the government of violating the ceasefire first, claiming that President Salva Kiir's forces attacked their positions in Unity, Jonglei and Upper Nile states.

"For them to turn around and accuse us is ridiculous," rebel spokesman Lul Ruai Koang told the Reuters news agency in Kenya's capital, Nairobi.

Koang also rejected the government's claim that the rebels were having problems implementing the ceasefire because they lacked a central command.

"We do not have factions," Koang said. "We have one central command. It is the government that has three commands."

South Sudan, the world's youngest country, has been torn by five weeks of fighting that have left up to 10,000 people dead and driven 700,000 from their homes.

The fighting began as a political dispute between President Salva Kiir and his former vice president, Riek Machar. Kiir has accused Machar of trying to launch a coup. However, the conflict has also taken on an ethnic character, with Kiir's Dinka increasingly battling Machar's Nuer.