The story of a child's survival from Buchenwald moved readers around the world. It became a legend in communist East German and was used for propaganda purposes. A new edition now clears up myths surrounding the novel. 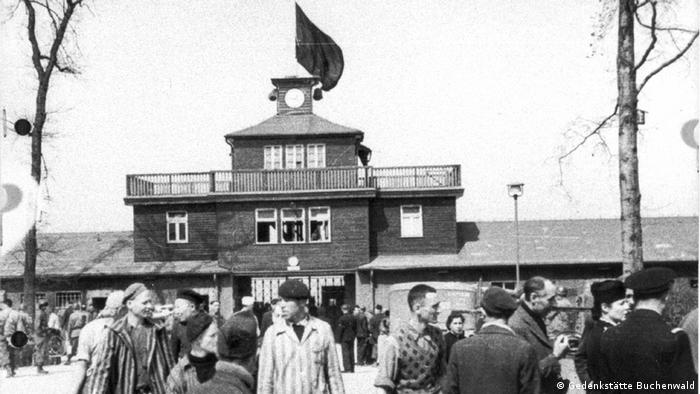 It's August 1944. A group of around 2,000 new prisoners is arriving at the Buchenwald concentration camp and marches through the gate bearing the inscription "To each his own." Among them is three-year-old Stefan Jerzy Zweig. He walks beside his father, a Jewish lawyer from Krakow. This is unheard of in Buchenwald, a place where people do hard labor and the minimum age for prisoners is 16 years.

Children were thought of by the SS, a special unit of Nazi soldiers, as extra mouths to feed and only worthy of being left to die. Jerzy is separated from his father and taken to the smaller portion of the camp. Prisoners care for him and his father is able to come and visit.

But the child wasn't rescued. A few weeks after arriving, he was scheduled to be sent to Auschwitz, where he would face certain death. But a communist prisoner removed his name from the deportation list, swapping it with another. Instead of a small child, a 16-year-old Roma youth was sent to his death.

Many years later this secretive process was referred to by historians in the communist German Democratic Republic (GDR) as an "exchange sacrifice" and was even subject to a court dispute. When Buchenwald was liberated on April 11, 1945, both father and son were among the survivors. Those are the facts.

A legend is created

The true story turned legendary when it was retold in the novel "Naked among Wolves." Written in the mid-1950s, it tells a story of a child arriving at the concentration camp in his father's suitcase. Selflessly the camps prisoners hid the three-year-old - a dangerous undertaking at a time when resistance fighters were collecting weapons to liberate the camp. 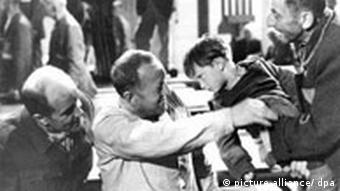 "Naked among Wolves" made it to the big screen in 1963

This put the child at risk. So what is more important - the underground work intended to save many or compassion for a helpless three-year-old? In the novel by Bruno Apitz, which would become something of a classic in the GDR, heart and mind win over reason and communist party discipline.

The new 2012 edition has a detailed epilogue as well as additional documents highlighting the origins and historical impact of the novel. Released in 1958 with just 10,000 copies printed, it sold out immediately. Several more editions were printed, with almost two million copies being sold.

The novel was the highest selling book in the GDR. It was covered in the school curriculum and the 1962 film version was a huge success. Translations in 30 languages followed, and global sales are estimated to have reached three million copies.

The best-seller was written by a man who himself had been a prisoners in the Buchenwald concentration camp. As a communist, Bruno Apitz had been persecuted and imprisoned by the Nazis, but survived due to his artistic abilities. Self-taught, he carved wooden sculptures for the SS, drew cartoons and wrote poems and lyrics for the soldiers' evening get-togethers, and was an emcee.

After the liberation of the camp on April 11, 1945, he returned to his home town of Leipzig. He was a member of the ruling communist party, the SED, a newspaper correspondent, and an author of radio plays and pieces for amateur theater.

"Naked among Wolves" emerged out of a difficult situation of internal party power struggles between individuals who had survived the war while in exile in Moscow, and those who suffered persecution and imprisonment in Hitler's Reich. Former prisoners that had taken over roles within the camp were charged with collusion and, later, war crimes. Leading communist who had been detained in Buchenwald were discredited and humiliated; some were eventually arrested and deported to the Soviet gulags.

The idea of the small child being rescued was a myth cultivated by the GDR for decades. The book was treated as fact.

It was the result of "a huge propaganda campaign and the biggest media coup created by the GDR," said Volkhard Knigge, director of the Buchenwald memorial center. "The novel is a novel. The problem is what the GDR made out of it."

They perpetrated the image of the heroic, unrelenting prisoner who was committed to the communist party. Doubt, ambivalence, fear, and questions about the price paid for survival and the involvement of prisoners in the function of the SS terror system went unmentioned. Only the myth of the hero remained, and the story of the "Buchenwald child" played an important role for many years.

Back to reality: In 1964, a reporter from East Berlin discovered a father and son named Zweig, who had immigrated to Israel via Poland and France after the war. After several visits, the son moved to the GDR where he was put on display as a living icon. He was a fictional character come to life, a symbol of achievement against the communist resistance.

At the National Memorial at Buchenwald, a plaque honors the rescue of the child. Zweig never felt at home in the GDR and left in 1972, choosing to live in Austria instead. But the story doesn't reach an end until 2012. 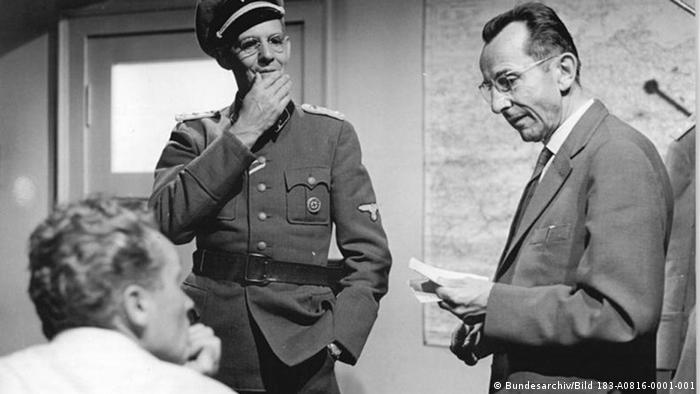 Author Bruno Apitz was closely involved in the filming

A trial in Berlin makes headlines: Stefan Jerzy Zweig vs. Volkhard Knigge, long-time director of the Buchenwald memorial center. For years, the two have been at loggerheads. When the memorial was renovated, Knigge had the old plaques from the communist era removed, including the one remembering the "Buchenwald child." In its place is a general plaque commemorating the 900 children and youths who were rescued from the camp.

Zweig was deeply affected by this. Discovering that he survived because another boy was deported to his death was an additional trauma for him and he rejects the term "exchange sacrifice" as discriminating. History is an insurmountable hurdle between Zweig and Knigge.

Knigge wants to make one thing clear, though: "There were many, many children and young people who couldn't be saved. That was forgotten about in the GDR. But the 900 survivors were protected and saved by the communist resistance in Buchenwald. They are the surviving Buchenwald memorial. As historians we have to hold on to that. Our job isn't to play it down," he said.

Knigge wants to portray what really happened. "Myths and legends can be torn apart. You just have to look at the files."

Here were the desks at which the Holocaust was organized, and atrocities were planned. The Topography of Terror Documentation Center looks back over 25 years with an exhibition which asks how it happened. (04.07.2012)