Holding a spot as a judge in the Constitutional Court is a particularly respected office in Germany. The body's newest judge is a young, unconventional feminist who brings new perspectives to the court. 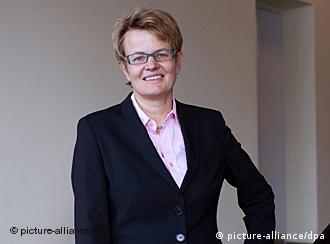 Baer is set to call attention to new issues

Susanne Baer is Germany's most famous female lawyer, known for addressing equal opportunity and discrimination issues. In 2011 Germany will, for the first time, have a self-confessed feminist sitting as a judge in the country’s highest court, the Federal Constitutional Court. Jutta Wagner, the president of the German Women Lawyers Association, welcomes the decision to nominate Baer for two reasons.

"First of all, I consider her to be completely competent and qualified for this position," Wagner said. "Secondly, Susanne Baer is one of the few people that I know who is capable of arguing and winning other people over."

"In the Federal Constitutional Court, decisions aren't made by individuals. Securing a majority is essential and that requires intelligence and the ability to make arguments that pull people to your side. If there's one person I consider talented enough to do that, then it's Susanne Baer."

Since its inception 60 years ago, Germany's Federal Constitutional Court has only had one female president, and women have never held more than a third of the judges' seats. 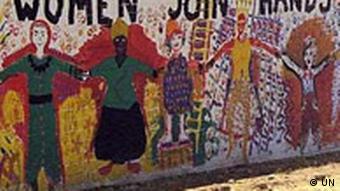 In fact, the number of female judges on the court has continually been shrinking. With Baer, there are currently two women and 14 men on the court.

The Constitutional Court is made up of two panels of eight judges each, and Baer is the only women on her panel. Part of her panel's job is to handle constitutional complaints dealing with breaches of Germany's Basic Law (the constitution), which includes issues of discrimination based on sexual identity. In this regard, Baer sees room for improvement on the Court.

Comparing the extent to which other western nations obey their respective constitutions, Baer sees Canada as a good example of how basic law can be reflected in practice.

"In Canada, sexual orientation isn't written into the constitution, but the rights of gays, lesbians, bisexuals and heterosexuals are very well established," Baer said. "In many parts of the corporate world, the point has been reached where sexual orientation doesn't play a role at all. What really matters is what you're like as a person."

Not surprisingly, Baer is an advocate of gender quotas. Speaking recently at a conference of the Association of German Jurists, she said that "women don't make smarter decisions per se, but it is an advantage when committees are mixed. Decisions are then made based on different perspectives and are for that reason better."

"It's interesting to see why the bias against a quota is so large. Why do people think 'oh, god - don't favor women, that's unfair,' or 'the poor woman, she is just a token woman.' Those are all things that contribute to building myths. If you take a closer look, you see that varying support measures for women are everywhere, and can really make a difference in areas where no progress is being made. It's one of the last means to an end."

Baer herself is one of the best examples. Without targeted support for women in postdoctoral qualification for women professors, she wouldn't be where she is today; a successful lawyer. Her main areas of emphasis - sexual harassment prevention in the workplace, or safeguards against degrading and pornographic depictions - are mostly fringe subjects in legal discussions in Germany.

She also makes no secret about her private life. She is the first woman constitutional court judge who is open about her sexual orientation and can often be seen at social engagements with her female partner.

Chronology of women's rights from Clara Zetkin to Angela Merkel

The right to vote and hold a political office is a fairly recent development for women. Read a timeline charting the milestones in equal rights for women from Clara Zetkin to Angela Merkel. (08.03.2010)

Gender wage gap in Germany is among the EU's highest

In 2009, women earned almost 24 percent less than men in Germany,where the gender pay gap is higher than the European average. The European Commission has outlined a plan to advance women's equality in Europe. (05.03.2010)