The rate of female workers in Germany has risen significantly over the past decade, the statistics office has said. Female employment is way above the EU average, but this applies above all to the low-wage sector. 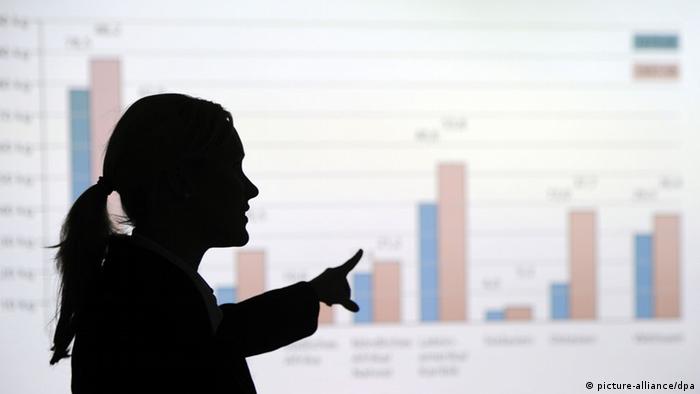 The rate of women in employment in Germany was far higher than in most other EU nations, the German statistics office, Destatis, said in a report Friday.

It stated that 17.7 million women aged between 20 and 64 had a job in 2012, amounting to an employment rate of 71.5 percent in that age bracket. That clearly topped the bloc's average rate of 62.3 percent, with only the Netherlands, Denmark, Finland and Sweden posting higher female employment levels.

On the other side of the spectrum, Greece and Malta brought up the rear, with less than half of all eligible women in employment.

The truth behind the figures

But while the government in Berlin had seen higher female employment as a pivotal element in easing a growing lack of skilled labor in the country, the figures released Friday were misleading in so far as they did not reveal much about the quality of the jobs in question.

While female employment in Germany had indeed risen steadily over the past 12 years from a rate of only 62 percent back in 2002, the development had mainly been a result of more jobs taken in the low-wage and temp work sectors.

IG Metall industry union spokesperson Christiane Benner however noted that the naked figures distorted the realities on the ground. "The high female employment rate is a bluff," she said. "It's not by chance that more than seven million people with so called mini-jobs [with earnings of no more than 450 euros ($624) per month] are women."

Benner pointed to women's continuing problems to combine work and family lives, with child-care facilities not sufficient in many regions and family-friendly working hours still an exception rather than the rule.