Fateful elections in Macedonia | Europe | News and current affairs from around the continent | DW | 09.12.2016

Snap elections in Macedonia were called in hopes of putting an end to the domestic political crisis in the country. After a corruption scandal and mass protests against the government, battle lines have been drawn. 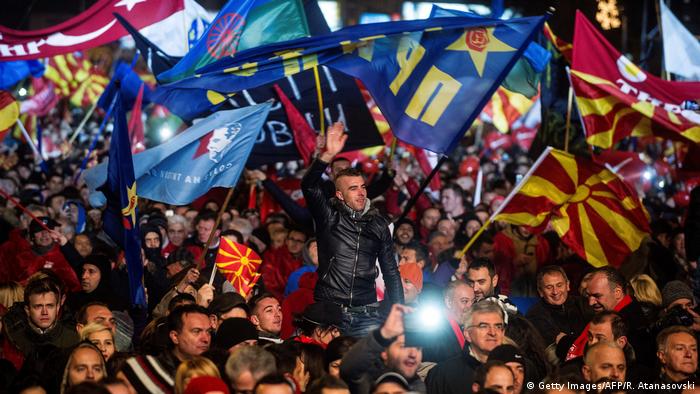 "This time we are not only deciding on a party but instead, we are choosing between regime and life," said Zoran Zaev, the head of the largest opposition party in the Balkan nation, SDSM (Social Democratic Union of Macedonia). "That is why it is such a great responsibility."

No less dramatic were the words of his political opponent Nikola Gruevksi, head of the ruling conservatives, VMRO-DPMNE (Internal Macedonian Revolutionary Organization - Democratic Party for Macedonian National Unity). "On December 11, we are making a decision about Macedonia's future," he said. "It is a decision for Macedonia that does not allow any blackmail or foreign interference."

Much is at stake for both leaders. At the beginning of 2015, Zoran Zaev exposed a wiretapping scandal. Telephone recordings revealed what many Macedonians had already suspected: corruption, misuse of power and government control of institutions and the media. Macedonia plunged into a deep domestic crisis and nationwide protests ensued.

"The current government in office, VMRO-DPMNE, has a great interest in preserving power because it is a matter of processing the accusations brought against this party and the great risk of ending up in prison," said Florian Bieber, head of the Centre for Southeastern European Studies at Karl Franzens University in Graz. 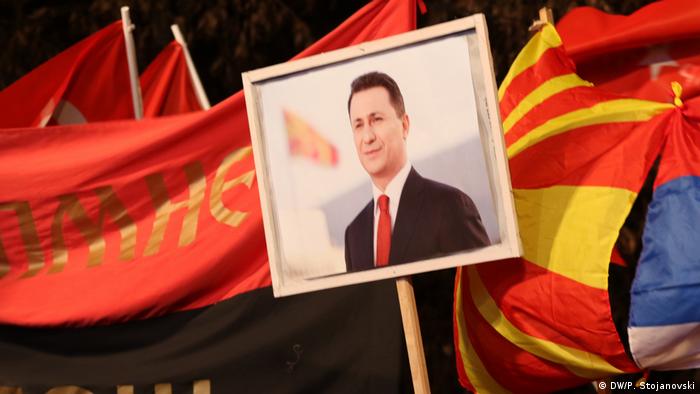 Bieber: If Gruevski's party wins, it would be 'difficult to believe' they would let prosecutors carry on with their work

That is why the election campaign seems more like a military campaign in Macedonia. Zaev has called his opponent Gruevski a "criminal, bandit and Mafioso."

If the Social Democratic opposition wins the elections, it would establish special departments in courts to deal with SJO (Macedonia's special prosecution) investigations. Gruevski, on the other hand, who would be affected by the investigations, has repeatedly pointed out that extending the SJO mandate would only deepen the crisis.

If Gruevski's conservatives were to win the elections, it would be "difficult to believe" that his party would let SJO carry on with its work, said Balkans expert Bieber.

So now it is up to the voters to decide. In the past three weeks, they have been inundated with promises - from a minimum wage and higher pensions to optimized business conditions for young entrepreneurs. But citizens have become more skeptical. "I don't believe these promises," said a pensioner in an interview with DW. "I will only believe politicians if they forfeit their immunity." 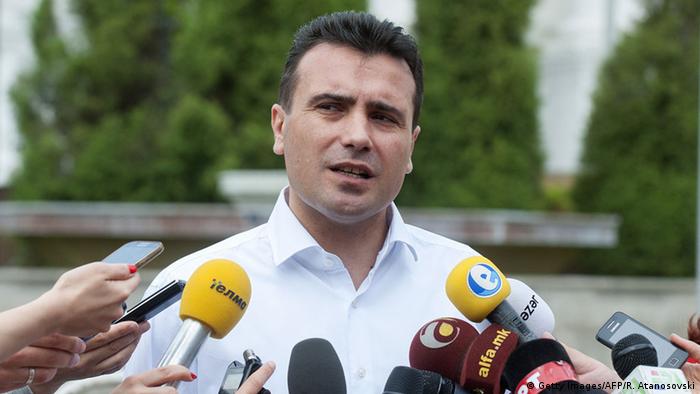 Opposition leader Zaev made the wiretapping scandal public in 2015

Like him, many voters have little faith in the ethnocentric messages conveyed by the ruling party and their warnings of a supposedly planned federalization of the country. The Macedonian policy expert Dzelai Neziri believes this is a campaign with the clear aim of diverting the electorate's attention from government scandals by focusing on ethnic conflicts. (Editorial note: In addition to the Macedonian majority, the country is also home to a large Albanian minority, which makes up about 25 percent of the entire population. Turks, Bosniaks, Serbs, Roma and other minorities live there as well.)

Irregularities in the campaign

More than 1.7 million Macedonians are eligible to vote; however, not all of them are convinced that the electoral list has been drawn up properly and that, for example, names of deceased voters will not appear, as they frequently have in the past.

The NGO "Most," which is monitoring the elections once again, has already registered irregularities. According to the organization's accounts, pressure has been exerted on civil servants to vote for the ruling party.

Before the start of the campaign, the EU announced that it expected credible elections that would pave the way to a new beginning in the country. Political scientist Sefer Tahiri from the South East European University in Skopje predicts that there will be "no clear election winner" and that starting December 12, the country will be governed by a coalition consisting of two Macedonian and two Albanian parties.

Although most citizens do not believe the politicians' promises, they still hope for a better future regardless of the political policies. They refer to themselves simply as "hungry people, hungry for a normal life." That is how a Macedonian Twitter user summed up the mood before the vote.

Investor paradise Macedonia is a nightmare for workers

Macedonians who can find jobs are told to consider themselves lucky. But it's unclear whether the luck is good or bad in a country where the minimal existing protections for workers are often blatantly ignored. (07.08.2016)

How Donald Trump is making money for Macedonia's internet entrepreneurs

Ever wonder what makes people in a remote European country actively engage in the US elections? Dozens of young entrepreneurs in Macedonia are promoting Donald Trump’s candidacy on the internet - for a solid profit. (04.11.2016)

NGO Human Rights Watch has sharply criticized the numerous attacks on independent journalists and press freedom across the Western Balkans. (02.12.2016)