Faroe Islands to begin voluntary genetic sequencing of all residents

Researchers are set to begin mapping the genes of nearly 50,000 residents of the Faroe Islands. Scientists hope the massive databank will reveal new information about health patterns in the North Atlantic archipelago. 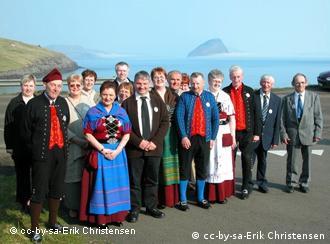 FarGen aims to sequence all of the DNA of Faroe Islanders

At a genetics conference held in late September in the United States, a British scientist announced that researchers from the United Kingdom, United States and Denmark would begin an ambitious project to voluntarily sequence the DNA of all of the nearly 50,000 residents in the Faroe Islands.

The archipelago is a self-governing nation within the Kingdom of Denmark situated about halfway between Scotland and Iceland.

"The aim is the project is to have genomic information attached to the health files of every individual in the Faroese system," said Bogi Eliasen, the director of the project, dubbed FarGen. 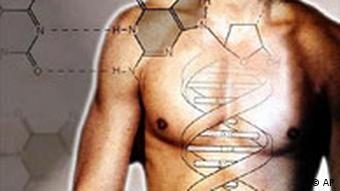 Genetic sequencing has been spreading rapidly throughout the world

Since the human genome was first sequenced in 2001, scientists around the world have taken advantage of vastly cheaper and faster equipment that can sequence genetic material in record time. As a result, what would have cost billions just a decade ago can now be done for an estimated 35 million euros ($48.7 million).

The genetic information collected from each volunteer will be stored in a biobank, and then used - Eliassen hopes - to help diagnose a patient’s symptoms.

"The doctor can identify some health problem that he or she knows can check for genetically, then doctor has to approach the genetic biobank with a specific request, will you check for this or that?" she told Deutsche Welle.

Improved medicine on a micro and macro scale

One of the key partners in the FarGen project is the European Bioinformatics Institute, based in the UK. The institute holds Europe's largest and most comprehensive genetic databases.

"Although there are some specific aspects of rare diseases in the Faroes, for most diseases their incidence is exactly the same as other Europeans," said Paul Flicek, a researcher at the EBI, and a member of the FarGen advisory board. "And in fact in some cases, they appear to be healthier. So we can learn things from that as well." 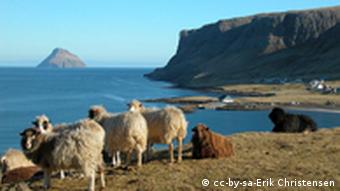 He added that beyond medicine at a small scale, doctors and public health officials hope to learn more about studying a larger population all at once.

However, knowing exactly which genes go where is only the starting point when it comes to our health. Scientists have said only a small fraction of the genome actually codes for the proteins that are essential to life. The purpose of the rest largely remains a mystery and hopes of a flood of new genetic therapies have not come as fast as many had hoped.

That's why some in the medical community are not convinced that such a large-scale genetic sequencing project will actually have much immediate impact on medical treatments.

"The idea that you could be told that you would get heart disease or cancer or diabetes and you'd be able to treat that before you became ill is really no longer credible, except in some specific circumstances," said Dr. Helen Wallace, the head of Genewatch UK, an advocacy group.

But FraGen's organizers also said because of the Faroe Islands' relative isolation, there may be new patterns that emerge when genetic sequencing is connected with older paper records. 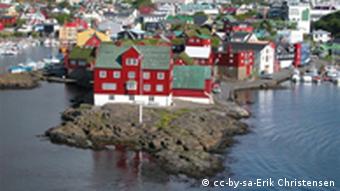 "This is because of the specific Faroese case, where we do have genealogy records which go back in some cases to 1650, we have all the systems digitalized, and we do have the biobanks that are integrated into these systems," Eliassen added.

Many have wondered if such a project is successful in the Faroe Islands, could it expand to other parts of Europe?

In a report published on Monday, the PHG Foundation, a British science and health group argued that the British health care system, the National Health Service, does not have an obligation to provide sequencing for all its patients.

But Anna Pokorska-Bocci from PHG said it should be used to target certain diseases like breast and lung cancer:

"It is too early for sequencing whole genome data today within national health care [services]," said Pokorska-Bocci. "But I think an important message is that although the genome sequencing will be implemented soon, it should be implemented as a targeted analysis in the first instance."

Researchers at the Max Planck Institute for Molecular Genetics in Berlin have decoded both sets of chromosomes in a human genome for the first time. The discovery could provide valuable information about diseases. (15.09.2011)

In a DW interview, a Dutch scientist explains the importance of DNA sequencing for potato breeding. He was part of a 14-nation group of experts which has published the genome of the tuber crop potato. (19.07.2011)

Faroe Islands to begin voluntary genetic sequencing of all residents