Art forgery in Russia is spiraling out of control with experts warning that alleged works by avant-garde masters more often are fake than real. Experts are few and far between and are fighting an uphill battle for truth. 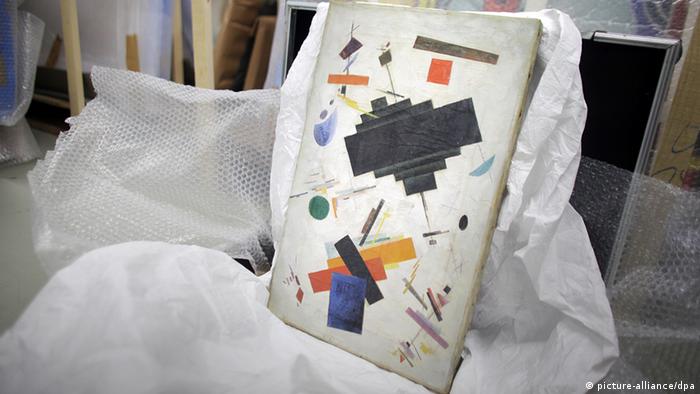 Whenever Vilena Kireyeva sets out to unmask a forgery, she first points a projector with ultraviolet light at the painting in question. If it's glowing bright violet she knows; it can’t have been painted before the second half of the 20th century. Kireyeva is working for a private Mosocow company called Art Consulting.

In her laboratory she also takes tiny probes with a scalpel and analyzes them under an electronic microscope; to learn about the pigments, the binding agent and the canvas. All this, she says, is needed for a reliable conclusion about the date of origin of a painting. 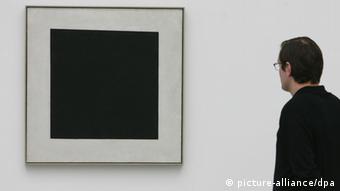 If you bought that Malevich on the Russian market, chances are that it's a forgery

"Most forgeries I see are paintings in the style of the Russian avant-garde like Malevich and Kandinsky. That's because they're so popular and sell for sky-high prices worldwide," she explains. And this high demand creates a market and therefore people forge them.

"As a matter of fact, in private collections I've been asked to check, I've only seen fakes, never a real Russian avant-garde painting."

Specialists like Kireyeva are rare in Russia and those who do have her qualifications, seldom have access to a modern laboratory. Her employee, the firm Art Consulting, was founded eight years ago and since then she's had to tell many customers that they've fallen victim to a scam -many of them very refined ones.

"I've mixed feelings about the situation," the specialist explains. "On the one hand I'm glad that we still have many talented artists in Russia. And on the other hand, of course, I feel bad for the owner, who paid a lot of money thinking this was an original and a good investment."

Lawyer Nikita Semyonov specializes in defending victims of art scams in court. He used to hunt down art forgers for the Russian police, but quit six years ago to work as a lawyer and advisor for art dealers. He estimates that these days about 60 to 70 percent of art works on the Russian market are fake - with the wave of forgeries really increasing from about 10 years ago.

"The so-called oligarchs in Russia eventually became interested in investing their money in art -and not only in yachts and football clubs," he says. "As a result the demand for Russian art grew in Russia and Europe. When it became obvious that there are people who'll pay a fortune for art, more and more fakes appeared." 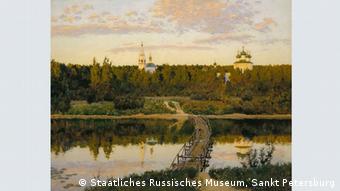 In recent years countries like France or Great Britain have created special structures for hunting down art forgers. But in Russia this issue doesn't seem to be a priority. The special police unit in Moscow in which Nikita Semyonov used to work, has been dissolved and the few remaining specialists are focusing on related crimes like art robbery. Nikita Semyonov thinks it's possible that the special unit was closed because of links between state officials and the counterfeit business. However, in many cases, he says, conned art dealers don’t even call the police.

"Most art dealers don’t want to admit that they bought a fake or a number of them. In Russia especially, most people prefer to solve the situation by themselves - they try to negotiate and if that doesn't help, they call in some crooks to convince the other side to return the money they spent on the forgery. And then…well, another person falls for the same fake."

In a gallery close to Red Square Nikita Semyonov has a meeting with a Moscow art dealer and collector, who he's been advising for some time. The dealer doesn’t want his name in a report about art forgery. He fears that would stigmatize him in a business where good reputation is everything. He says he's become extremely cautious over the last decade and whenever he considers buying and reselling a painting, he gets the opinion of two or three different experts. His own collection he now knows includes two fakes - which is not a lot he says.

"Western paintings are often made to look like Russian ones: paintings are bought at small auctions in Austria or Holland for 3000 or 6000 Euros," Lawyer Semynov explains. "And then they're changed to look like a Russian painting by masters like Shishkin, Levitan and others. And then they can be sold for anything between 100.000 and 700.000 Dollars."

Despite all of these problems, there have only been three big trials involving art forgers over the last 15 years in Russia. More and more art dealers and buyers are becoming cautious. Semyonov is worried about the image of Russian art worldwide. He believes that only more transparency can save the Russian and the international art market.

Boom or bust for the business of counterfeit art

Art has become a favorite investment among those looking to shore up their cash, creating a market for forgeries often good enough to fool experts. Germany's federal police this week exposed an entire ring of forgers. (17.06.2013)

The EU executive has stepped up its fight against counterfeited euro notes by proposing a minimum jail sentence for large-scale forgery. The move is viewed as an attempt to harmonize penalties in the 27-member bloc. (05.02.2013)

Listen to the radio report from Inside Europe