The long life of Britain's Queen Elizabeth, and the many royal scandals, have been a rich source of literary inspiration over the years. As she turns 90, we look at how she has been represented in books and on the stage. 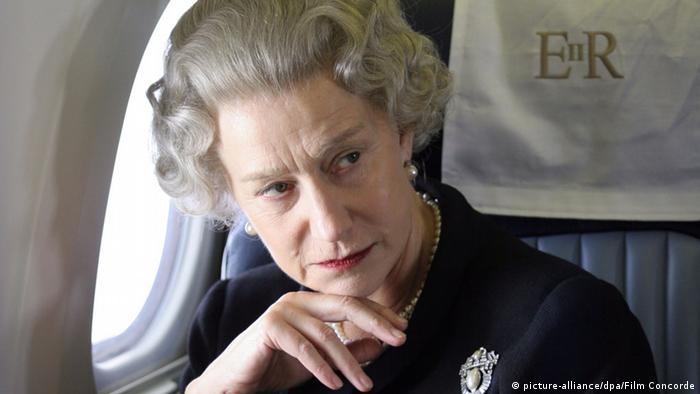 Shortly after the queen's coronation in 1951, in the early days of the Cold War, Buckingham Palace was linked to a high-level security leak. Military secrets were ending up in Soviet hands, and the CIA sent a dashing young agent to investigate the source of the leak and protect the young monarch's reputation.

That queen, of course, was not Elizabeth II, who took the throne in 1952. But American author William F. Buckley, Jr. did model his Queen Caroline on the real British queen when he wrote his spy thriller "Saving the Queen" in the mid-1970s.

The first installment in the series, which features CIA agent Blackford Oakes, was released in January 1976. 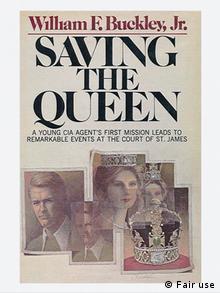 In her nine decades of life, and more than 60 years on the throne, one would think Her Majesty the Queen - HMQ or simply HM for short - has been the source of ample material for fictional interpretations.

But the plays, novels and films that have been inspired by Elizabeth have often exercised the same elegant form of restraint that has become second nature to the British head of state. In his 1982 children's book, "The BFG," British author Roald Dahl portrayed her as a distant monarch, with whom the titular Big Friendly Giant also had his problems.

Her famed stoicism may be why authors have often chosen to attribute subtle hidden facets to her character over the years. In the 1988 one-act play "A Question of Attribution" by Alan Bennett, the queen's art adviser is revealed to be a Soviet spy. The screen adaptation by John Schlesinger in 1991, praised for its shrewd psychological take and Prunella Scales' star performance in the role of HMQ, won a BAFTA TV award.

The queen on stage 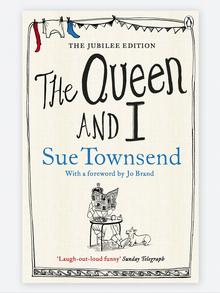 A worthy successor to Bennett's stage hit came in the form of Peter Morgan's highly successful 2013 drama, "The Audience." British-French actress Kristin Scott Thomas won acclaim for her interpretation of the role of Queen Elizabeth II as a clever, mature woman at the 2015 revival at London's Apollo Theater.

Helen Mirren portrayed the role in a limited run on Broadway last year, bringing in a million dollars a week from ticket sales. She also embodied the role at the London West End premiere in 2013. She was a natural choice, having first played the part in the 2006 Stephen Frears film, "The Queen," for which she won an Academy Award. The film also involved another familiar name: The screenplay was written by Morgan.

Mirren and Thomas were both honored with the Order of the British Empire for their contribution to the performing arts, appointed by the queen herself. Morgan also received the honor earlier this year. 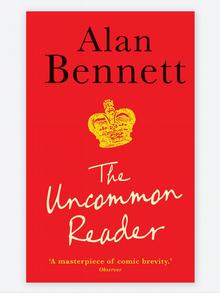 Corgis and the end of the monarchy

The turbulent life of the royal family was portrayed by author Sue Townsend in her 1992 novel, "The Queen and I," published around the time the marriage of Prince Charles, the heir to the British throne, began to crumble.

In Townsend's novel, the queen settles down to life in the council estate nicknamed "Hell Close" after the fictional People's Republican Party abolishes the monarchy following the 1992 general election. To her chagrin, she isn't allowed to bring her beloved corgis with her to the rented home. In the 2006 sequel "Queen Camilla" the monarchy is restored and lives on in the social comedy.

Playwright Alan Bennett also returned to the queen nearly 20 years after his play with the 2007 novella, "The Uncommon Reader," in which Elizabeth is portrayed as a voracious reader after her corgis track down a mobile library. Bennett's queen is clever, curious and sensitive - an amusing contrast the real-life distant regent.

In Emma Tennant's funny short novel, "The Autobiography of the Queen," published in 2007,the queen has had enough of constantly waving for the cameras, christening ships and receiving her subjects, and she disappears from the Scottish castle of Balmoral on a foggy September morning. Disguised as Gloria Smith, she travels to the Caribbean island of St. Lucia. But, of course, not everything goes smoothly in her attempt to live a normal life. 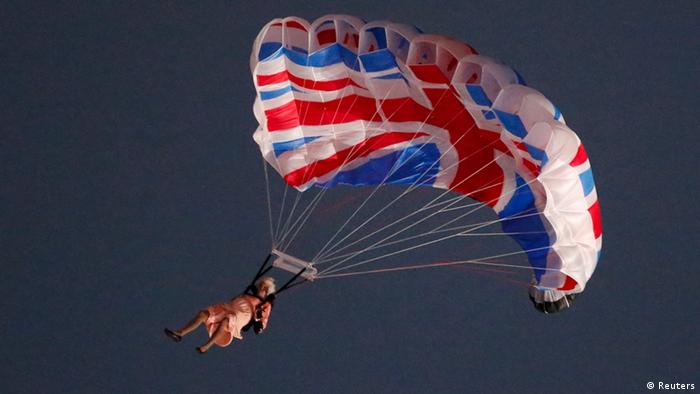 The love of the British people for their indestructible monarch, and her sense of humor, was clearly on display during the opening of the 2012 Summer Olympics in London.

In a pre-recorded introduction to the opening ceremonies, Queen Elizabeth joined James Bond - the world famous spy who made his first literary appearance in 1953, a year after Elizabeth became queen - in a parachute drop into the stadium. At least, that's how it seemed...

As Queen Elizabeth II turns 90 on April 21, she's drawing attention around the world. But when she makes public appearances, how can we know it's really her? Her identity has been borrowed countless times. (20.04.2016)

Queen Elizabeth II is the longest reigning British monarch with over 60 years in office . She will turn 90 years old on April 21, 2016. Those wishing for an insight into her world should visit these places. (18.04.2016)