Legally, Berlin was under no obligation to protect a German-born Turkish citizen imprisoned in Guantanamo. But moral and political responsibility for a permanent resident unjustly detained is another matter, experts say. 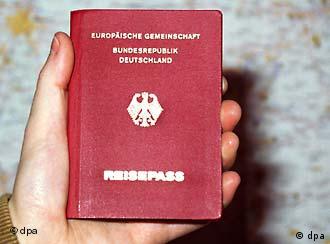 Would Kurnaz have been released earlier if he had held a German passport in his hands?

Three months after the Sept.11 attacks, Murat Kurnaz, a 19-year-old Turkish citizen, born and bred in the northern German city of Bremen, was arrested in Pakistan and transferred to the Americans, who allegedly tortured him in Afghanistan before he was moved to Guantanamo.

Last August, Kurnaz was finally released without charge, following high level talks between German Chancellor Angela Merkel and President George W. Bush. But by then, the man dubbed "Bremen Taliban" by the German press, had spent four and a half years languishing in the most notorious of all US detention camps for terrorist suspects and those designated as "enemy combatants." 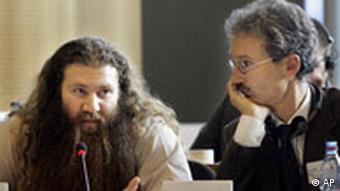 One thing is clear -- had Kurnaz bothered to apply for German citizenship, his fate would have been altogether different. He's a victim of an antiquated German nationality law, according to his lawyer Bernhard Docke.

"At the time Kurnaz was born, Germany was one of the very few countries in Europe that adhered strictly to the so-called blood principle of nationality," he said. "It sounds terrible but has nothing to do with the Nazis. It was an old, old law, that existed since World War I, a law that was completely out of line with the rest of the EU."

As the son of Turkish guest workers, who had settled in Germany in the 1970s, Kurnaz, a shipbuilding apprentice on the Bremen docks, had no right to automatic citizenship. However, under the new nationality law that took effect in 2000, Kurnaz could have easily swapped his Turkish passport for a German one.

"But he was only 19, and at that age, who would have thought that being a German citizen would be beneficial when traveling abroad?" asked Docke.

Shunned by Germany and Turkey 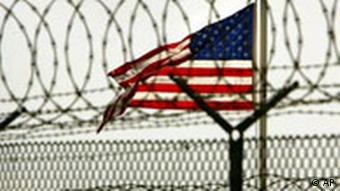 Kurnaz became the last European to be freed from Guantnamo

And therein lies the crux of the problem: Neither the Germans nor the Turks wanted to take responsibility for the release of a man that the CIA and German security agents judged as harmless as early as 2002. Meanwhile, all the other European inmates at Guantanamo were freed by their respective governments.

Interestingly, it was only under the then newly formed government of Christian Democrat Chancellor Angela Merkel that Kurnaz finally became the last European to leave Guantanamo.

The former Social Democrat-Green coalition of Gerhard Schröder meanwhile has been thrust into the defensive spotlight as details keep emerging that German Foreign Minister Frank-Walter Steinmeier, who was then the former chancellor's chief of staff, allegedly not only declined a US offer to release Kurnaz, but actively sought to prevent his return to Germany.

Humanitarian duty to get him out of Guantanamo

"If the Americans somehow indicated that they wanted to release Kurnaz, Steinmeier's people damn well had an obligation to pursue the matter, whether Murat Kurnaz is a German citizen or not," Docke said. "And even if he was a dangerous terrorist, which he was not, the Germans had a humanitarian duty to get him out of the hellhole that is Guantanamo."

Furthermore, there are even rights to return that are accorded to permanent residents in Germany such as Kurnaz -- unless they have been out of the country for six months. 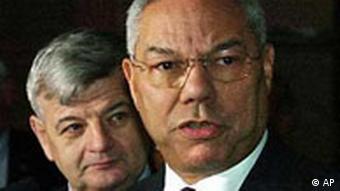 Fischer (left) met with his Powell, but he couldn't help Kurnaz

"What's scandalous is that after German intelligence agents determined that Kurnaz had been wrongly accused of collaborating with terrorists, some high level officials took it upon themselves to try to cancel Kurnaz's visa and deny him re-entry into Germany on the grounds that the six month period had expired," said Ulrich Schellenberg of the German Lawyers Association in Berlin. "Guantanamo doesn't exactly have a German consulate where one can go about renewing the residence permit."

In November 2005, a Bremen court ruled that Kurnaz's permanent visa could not be revoked.

Germany has no obligation under letter of the law

At a later date, Joschka Fischer, who was foreign minister in the Schröder coalition, which had heavily condemned human rights abuses in Guantanamo, apparently did try to help Kurnaz in talks with his then US counterpart, Secretary of State Colin Powell. Diplomatically however, Fischer's hands were tied since Kurnaz is a Turkish national.

Which begs the question: Why should a Turkish national be Germany's problem after all?

"There may be a moral obligation to (get Kurnaz released from Guantanamo), since he has been living in Germany since birth, but certainly not a legal one," said Christian Rumpf, a lawyer who is head of the Center of Turkish Legal Studies in Bamberg. "However if Germany has been empowered by Turkey to provide diplomatic protection, this must be accepted by a third state, in this case the US."

What about Turkey's obligation to Kurnaz? 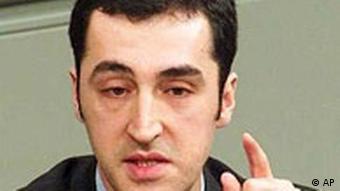 As it turns out, despite claims by the Turkish embassy in Berlin that they worked "intensively with the Germans to free Kurnaz," the outcome of their actions speak louder than words. There were six Turkish nationals detained in Guantanamo, including Kurnaz. Between 2003 and 2005, all of them were released, except Kurnaz. The general view, which is shared by Kurnaz's family and Docke is that the Turkish authorities regarded him as more German than Turkish.

Both Germany and Turkey were responsible for Kurnaz in the view of Germany's Green parliamentarian in Brussels, Cem Özdemir, who is also the German born son of Turkish guest workers, but became naturalized.

"I would urge Turkish citizens who were born in Germany or have the intention of remaining permanent residents here to become German nationals," Özdemir said. "Most German-Turks want to become citizens, but many haven't for various reasons, among them that they would have to give up their Turkish nationality."

Kurnaz is now back in Bremen, working on a book about his Guantanamo years, due to be released in April. He could theoretically still apply for a German passport, but he must now make a choice.

With Foreign Minister Frank-Walter Steinmeier implicated in Berlin's alleged failure to accept an offer from the US in 2002 to release Murat Kurnaz from Guantanamo Bay, DW takes a look back at the controversial case. (25.01.2007)

Unless he manages to produce new evidence, Germany's foreign minister will have to resign over the failure to get a German-born Guantanamo prisoner released despite a US offer to do so, says DW's Heinz Dylong. (24.01.2007)

A German-born Turk ended up imprisoned in Guantanamo Bay for three years longer than necessary after the former German government refused him entry to the country, an EU parliamentary committee said Tuesday. (23.01.2007)