The economic slowdown will have a much bigger impact on Germany than previously thought. Experts say the economy will contract by up to 7 percent, and push unemployment up to 4.75 million by the end of 2010. 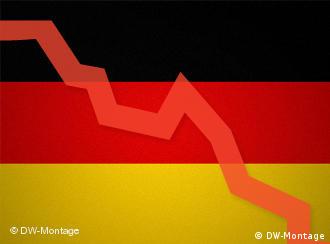 Germany's Commerzbank has warned that the economic downturn will have a harsher effect on the country's development than predicted at the start of the year.

Joerg Kraemer, chief economist at Commerzbank, told the Berliner Zeitung that in light of plunging order intakes among German companies, Germany's economy would shrink by as much as 7 percent this year.

The number of unemployed can be expected to grow by more than 1.5 million within a two-year period, Kraemer said, adding that by the end of 2010, Germany will be nearing the 5 million mark. Currently, some 3.5 million Germans are registered as unemployed. 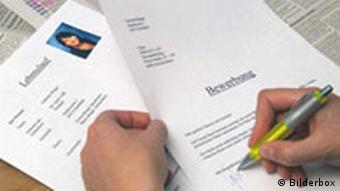 A million more Germans may have to update their resumes by 2010, one expert said

The nation's GDP could contract by 4 percent to 4.5 percent this year, according to an internal economics ministry report cited by the Bild newspaper on Tuesday, March 24. In January, the ministry predicted a contraction of only 2.25 percent for this year. A new forecast will be issued next month.

This gloomy news for Germany is in keeping with similarly dismal economic outlooks around the world as the effects of the global economic crisis make themselves felt.

Also on Monday, the World Trade Organization said the volume of global trade is expected to contract by 9 percent in 2009, the largest such contraction since World War II and significantly worse than previously predicted.

The contraction in developed countries would be particularly severe, with exports falling by 10 percent this year, while in developing countries, exports would shrink by some 2 percent to 3 percent, according to a statement released by the WTO.

Such a drastic fall in international trade would be especially detrimental to Germany's already suffering export-driven economy. 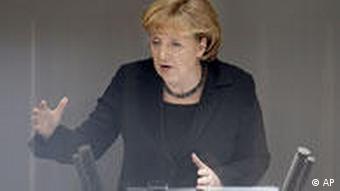 It could take a decade to rebuild the economy, Merkel said

Speaking to bankers in Berlin on Monday, German Chancellor Angela Merkel said she expects it will take the country a decade to rebuild the economic system after the state was forced to intervene and pass a stimulus spending package to sustain the economy through the downturn.

Merkel said this degree of interference in the free market would have to be reversed as soon as the financial crisis was under control, and taxpayers given back what they paid to save the economic system.

The World Bank predicts the global economy will shrink this year for the first time since World War Two and warns the growing crisis will create a multibillion-dollar financial shortfall for poor and developing nations. (09.03.2009)

Germany's Foreign Minister Frank-Walter Steinmeier, who is the Social Democrat candidate for the next chancellor, aims to turn financial regulation and restoring economic confidence into key campaign issues. (25.02.2009)